But in reality we ARE able to give you some guidelines. In a nutshell, safari prices start at around $410 per person per night in the lowest season, including park fees but excluding flights or road transportation. But we suggest that you budget for at least $850-$1,000 per night. Larger lodges are less expensive than the tented camps we far prefer but they can be lacking in soul! Also, few people travel in the low season (though it can be a gamble that does pay off!). However, that guideline safari price can sky-rocket all the way up to $3,000 per night for the most expensive camps in Tanzania.

So this article looks into what factors determine our safari prices.

This article on Tanzania safari prices is similar to the one that I wrote about Kenya safari costs. But with some crucial differences. You also may like to look our our main page on African Safari Pricing . There we compare prices across ALL our main safari destinations.

A safari is probably the most expensive type of holiday or vacation. So you want to know that you can afford it before you start really planning. But as with cars, clothes and apartments, there is no “one size fits all’’.

My aim in writing this is to allow you to make an informed choice when deciding how much you want to budget for your Tanzania safari. Tanzania safaris are slightly more per night than Kenya because the park fees tend to be a little higher. But the difference is small. However there are some advantages to a Tanzania safari over Kenya. But that’s another story and beyond this article!

So – for example – a Tanzania private safari might typically cost between $7,400 and $12,800 per person for 8 nights in Peak season at Premier camps. We might tailor-make a safari for less but it is unlikely to come in lower than the cost of a small group scheduled departure.

These are average prices per night for the safari including any domestic flights, park fees, game drives and many activities. But they exclude the international flights.

Some Observations on Tanzania safari price by Season

Start Chatting to Us

Love the sound of a trip to Tanzania. Let us know what you are looking for & we'll send you a tailor-made proposal.

So lets delve into what drives the price of a Tanzania safari?

The main drivers of your Tanzania safari cost are:

This is the big one. But – and this is important – it is less of a factor in Tanzania than Kenya. Because the wildebeest migration spends most of the year in Tanzania. And so you will be able to see it over many months. You will just be visiting different areas.

Best time to see the Wildebeest Migration in Serengeti

Nevertheless July to September remain the most expensive and the busiest time of year to be on safari.

In contrast most people want to avoid the long rains which are between mid April and May. And to a much lesser degree the short rains of November. That’s why prices are noticeably lower. I agree with this. As being stuck in the black cotton soil mud on safari for hours – and I speak from personal experience – is something to be avoided if possible! Plus you may want to add some time at the beach in Zanzibar. And rain on a beach holiday just doesn’t work!

So – as with Goldilocks – you may like to consider something in the middle as just right. Especially if budget is a factor. Look at the shoulder season periods such as June or January and February. There is plenty of resident wildlife in Tanzania throughout the year. And the safari crowds will be noticeably less.

What do I mean by that? I mean how do you want to get around the country. Broadly speaking you have three main options. (Plus a variation on one.)

Option 2) The middle option is a private drive-in safari, assuming you are only two people.

The variation is that we like to suggest that you add at least one night at the end of the safari to get back to Arusha, This cuts down on travelling time considerably

TIP: A private safari for 4 people is basically the same price as a scheduled safari. Plus if you are happy to pay a tad more, you can add nights and tailor it even more to your needs.

Option 3) The least expensive option is a scheduled drive-in safari.

This is perfect for couples on a budget. And also for solo travellers.

Self-explanatory really. Though interestingly the difference is not as great as in say, South Africa. So if you can afford a little more, you can often upgrade quite a bit in standard. Plus some camps belong to safari groups and you can get lower per night prices if stay over 7 nights in their camps.

4) How many flights & use of flights

Obviously if you fly to several regions and stay only 2 nights in each camp, it will cost you more than if you visited fewer places and stayed 3 or more nights in each. Plus the latter will also make for a more leisurely and enjoyable safari experience!

Plus in Tanzania – unlike Kenya – the safari destinations are a lot closer together. So a road safari is a much more viable option. Indeed some of the airports are quite a distance from the lodges. So that even a ‘fly-in”safari involves quite a bit of time on road transfers.

Note on All Inclusive Tanzania Safaris

Many people are looking for an all-inclusive Tanzania safari. But the very nature of a safari is that it DOES include everything. Usually all meals, teas & coffees, game activities and park fees. The exact nature of “all-inclusive” varies from lodge to lodge. And the more moderate lodges and safari lodges may not include drinks. But Premier lodges will usually include house wines, spirits and soft drinks.

Most safari activities will be included. But there are some obvious exceptions. These are usually big ticket items such as a hot air balloon safari over the Serengeti. (Though you can ask to add this in as an extra.)

Similarly in Tanzania we sometimes recommend a day at leisure in the Ngorongoro Crater area. This breaks up the safari. Plus there’s a great range of optional activities such as coffee farm tours, visits to the Maasai community, guided walks in the Highlands to name but a few…If in doubt, ask us!

Six Tips for bringing down the safari cost in Tanzania

The above factors pretty much give the answers!

And our secret tip…

6. Give a Budget Range for your Tanzania safari

As with my Kenya article, this is our secret tip to save money on your Tanzania safari. Please give your safari designer some sense of your Tanzania safari budget. This article is designed to help you do just that! If we don’t have any sense what you can spend, we can waste your time suggesting safaris which are too expensive for you.

Plus if you give us a budget, it is human nature for our consultants to work especially hard to meet that budget. They’ll think of which camps may have a long stay offer? Or an early booking discount.

Everyone loves a challenge! And a target to work towards….

If a safari is too expensive, it is NOT because of the excess profits made by the safari designer. The safari industry is too competitive for anyone to take an excessive profit margin! The only way to bring down the costs is by looking at the above factors. Reconsider the time of year to travel. Look at the mode of travel. But if you tell us what you can spend, (and when you want to travel), we immediately know what we have to work with.

I hope this article is useful? However if this is your first time on safari in Africa, you won’t be disappointed. The cost of a Tanzania safari will be well-worth it – with superb game-viewing, stunning safari terrain and friendly people! It is one of the safari gems of Africa.

Safari Pricing – This gives an overview of Safari Pricing. Including a comparison of safari prices across different safari destinations

What does a typical Kenya safari cost?

What’s the difference between a East Africa safari & a Southern Africa Safari?

Check out our photo-rich Insiders Guide to Tanzania & share with family & family!

Cedarberg Africa is a specialist tour operator and safari designer for Southern and East Africa. We’re a family-run company who’ve been around for 25 years. We offer 16 different countries in Africa. Given our volume of business, we make our money through specially negotiated rates with the safari camps. So you will get the benefit of our 1st hand experience. And at a fair but competitive price. 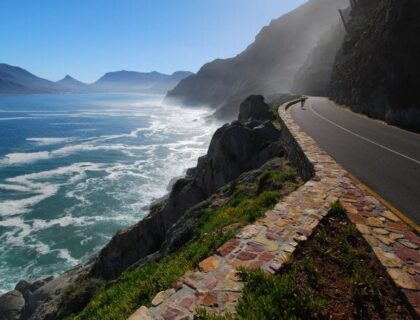 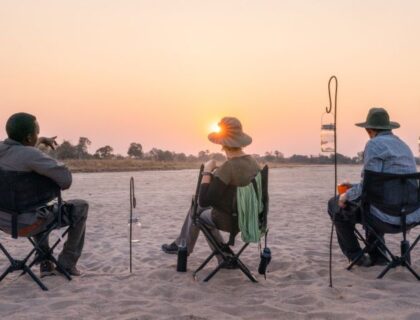 ‘What shall we wear on safari in South Africa’ (or any other african destination) is a frequently asked question. The answer to this varies very much by season. Get our Insider Guide to What...