Prior to Covid-19, I had a wonderful 3-week research trip to Madagascar. And my overwhelming enthusiasm is tinged with mixed emotions… There are so many positive things to say about a Madagascar safari holiday. The stunning scenery, unique wildlife, glorious beaches and friendly people. Plus the delicious seafood, beautiful walks through rainforests and National Parks, and of course the world class diving and snorkelling.

But there are also some negatives. Mainly around two main issues: its capital city Antananarivo, and its airline Air Madagascar, which has a monopoly on internal flights.

Yet again I am reminded of how different Madagascar is from our other African destinations. The concept of ‘Africa time’ hardly exists in most of our destinations in terms of our client’s holiday experience. The flights depart on time, the road transfers are waiting, the activities happen as planned. However this is not guaranteed in Madagascar. So you need to have more of an open mind about travel, if you add a Madagascar safari trip to your bucket list…

I planned my three week trip to co-incide with the end of my daughter’s volunteer work in Nosy Be, but I also landed right in the middle of an Air Madagascar strike. This led to me seeing far more of the country’s roads than I had originally planned!

Let’s first focus on the positives…

Highlights of a Madagascar Safari Holiday

A Madagascar safari holiday has a lot to offer. With an enticing mix of unique wildlife, scenic diversity and charming and distinctive Malagasy hotels. Its French colonial past is obvious both in the extensive use of French, as well as the delicious patisseries and chocolatiers.

The highlights for me included:

Madagascar is a very poor country. But unlike elsewhere in the world, tourism is actually assisting the environment. So you have a strong sense that tourism is a much-needed source of income and business development for the local people, rather than it merely benefiting some foreign resort owner. And this is really important to me.

Ideally you should try to minimize your use of Air Madagascar. Even without the strike, Air Madagascar is not a well-run airline. It has a reputation for changing its flight departure times at the last minute. For example on the day before a 10am departure flight, the flight time may change to a 2pm departure. Or more alarmingly, vice versa.

Furthermore all flights around the country begin or end in the capital city of Tana. This is the nickname for Antanananarivo which acts as a central hub for the whole country. This means that your tour operator has to always include an overnight stay in Tana prior to any flight from Tana, and usually after any flight arriving into Tana. So you could end up having three nights in Tana if you plan on a couple of flights.

Be mentally prepared that your flight time may change. Don’t plan important activities on a travelling day! As that last minute visit to a chocolatier in Tana may not happen if the flight times change. . .

This brings me to the second, (smaller), downside of a Madagascar safari holiday. You have to spend more time in Tana ( Antananarivo) than you would have wanted. This is not too terrible, except that there is not much to do in this bustling city. Plus Tana, a city with three million people has no main highways. Which means that getting in and out of Tana from the airport always takes longer than you want or expect.

Making a difference on your Madagascar Safari Holiday

Madagascar is a fascinating country to visit, but more than most countries, Madagascar needs your help. It is a living natural museum filled with magical flora and fauna that cannot be found anywhere else on earth. Examples include the indri (babakoto) lemur, the leaf-tailed gecko and the aye-aye.

However it is also a desperately poor country with an inexperienced and frankly ineffective government. Its natural heritage is under threat from deforestation. Foreigners, mainly from the Far-east are plundering the precious rosewood and other natural resources.

Tourism is practically the ONLY way to save these forests as it will force the government, and the people of Madagascar, to appreciate that the forests can be a source of income in their natural pristine state, and not just as logs sold once and gone forever.

Your tourism expenditure can be a real source of good, preserving the natural forest and wildlife, giving much needed jobs to the local people and also allowing the local people to gain an understanding of the importance of conservation.

The delights of Madagascar, and the sense that your money will directly benefit its people will far exceed any temporary annoyance with Air Madagascar’s erratic timetable changes and the congested streets of Tana.

Tips to consider when planning a Madagascar Safari

So if you are a traveller who isn’t easily phased by a few hiccups here and there, and who is interested in the beauty and culture that this eighth continent offers, then Madagascar is definitely a country I would add to your bucket list. Contact us to start planning that adventure… 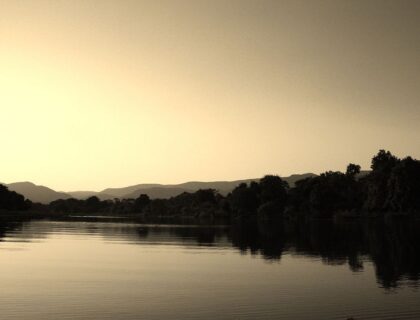 “Wilderness is not a luxury. It is a necessity of the human spirit” Edward Abbey Mila (Milandi) enjoyed a walking safari in Zambia where she visited both the Lower Zambezi and South Luangwa... 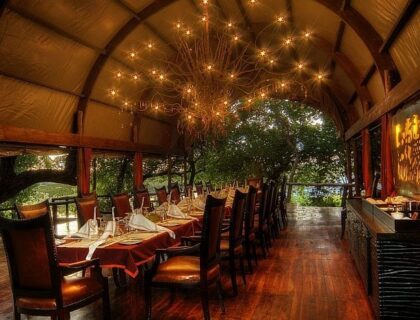 A Botswana Safari with Ker & Downey

Like any job, mine has its upsides and downsides. A Botswana safari in the Okavango Delta at the start of one of the best floods in recent years was definitely one of the upsides! Ker & Downey, a...