Maputo in Southern Mozambique is a capital blend of Portuguese and African influences. Savour the spicy flavour of this vibrant sea-port capital with its haunting colonial grandeur.

Maputo in Southern Mozambique is a capital blend of Portuguese and African influences. Savour the spicy flavour of this vibrant sea-port capital with its haunting colonial grandeur.

We divide Southern Mozambique into three discrete parts: Maputo, lodges relatively close or south of Maputo and Tofu & Resorts close to Inhambane. All can be accessed in a different way. We cover quite a bit of Mozambique on this page. So it’s useful to remember that the travelling distances in Mozambique are long and quite slow.

Maputo, the once-elegant capital of Mozambique, remains in some disrepair in the aftermath of the war. However, there are still echoes of the colonial grandeur of ‘Lourenço Marques’. The city is well worth a visit for its very Latin joie de vivre. This is reminiscent more of Cuba or Brazil than Africa. The appeal of Maputo is now more to the senses than aesthetics; with cafés serving spicy piri-piri dishes, local music and bustling markets.

Maputo is surprisingly prettily situated on a cliff overlooking the Indian Ocean. It’s quite easy to have a sea view even if your hotel is not right on the ocean.

Some attractive Mozambique beach resorts have opened such as White Pearl Resorts in the far south and Machangulo Beach Lodge and Anvil Bay which are much closer to Maputo. There are also some simple beach lodges in Bilene approx 2 hours north as well.

The Inhambane province is one of the most picturesque areas of southern Mozambique. There are pristine beaches for snorkelling, and diving in the warm Indian Ocean. It lies between Maputo in the south and Vilanculos in the centre of Mozambique.

The small resort town of Tofo and the fishing village of Barra are particularly good choices for scuba diving and snorkelling with a choice of reefs. Here encounters with the beautiful Manta rays are almost guaranteed. In wintertime you may also hear the haunting song of the humpback whales when they come into the coast to breed, an awesome sighting on a snorkelling or diving trip.

When to visit Southern Mozambique

In the south of Mozambique, the trade winds prevail. In the summer there’s enough heat and humidity to form thunderclouds so they bring rain. The rainiest month is January but the train is more erratic than in the north and generally lower. It can get very hot during some summer days (without the cooling effect of rain) heading up the mid-’30s and humid. But generally, it maxes out at 30c.
TALK TO US
AVG RAINFALL 123 mm
AVG DAYLIGHT 7 Hours
MAX TEMP 30 ℃ / 86 ℉
MIN TEMP 22 ℃ / 72 ℉

Start of the Dry season

This is the dry season and temperatures drop to 24-25C max during the day. The south-east trade winds bring pleasant sunny weather. But, sometimes due to cool weather coming from the west, the temperature can drop and nights can get cold. From July to September, you can watch humpback whales that come to the southern African coast to breed before returning to colder waters closer to Antarctica. Sea temperatures are high for swimming year-round but do go down to 23c from July to September.
TALK TO US
AVG RAINFALL 25 mm
AVG DAYLIGHT 8 Hours
MAX TEMP 24 ℃ / 75 ℉
MIN TEMP 14 ℃ / 57 ℉

This is probably the best time for a beach holiday in the south. Temperatures rise steadily from late August onwards becoming hot by November (max 27-28c with high humidity) just prior to the start of summer rains which start in earnest in January.
TALK TO US
AVG RAINFALL 68 mm
AVG DAYLIGHT 7 Hours
MAX TEMP 27 ℃ / 81 ℉
MIN TEMP 19 ℃ / 66 ℉ 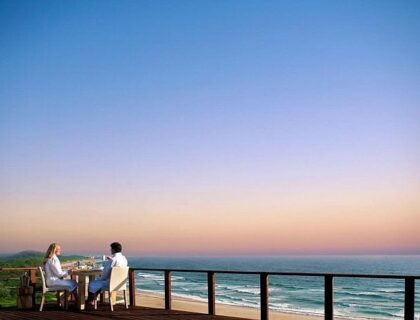 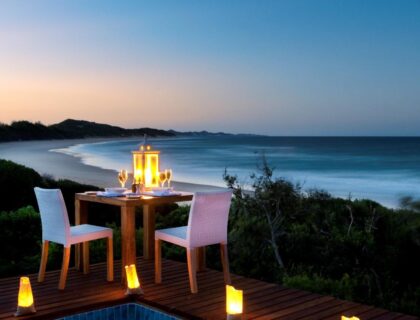 This short 3 or 4 night break in the stylish White Pearl Resort is the perfect beach stay to add on to your safari as it starts and ends in the Kruger. Perfect for relaxing after your safari in... 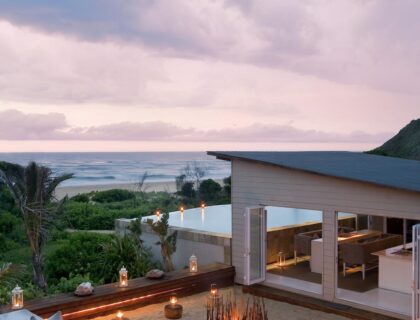 White Pearl Resorts at Ponta Mamoli is situated on the southern coast of Mozambique. With its ocean frontage of more than 2km, pristine beach and untouched bush behind, White Pearl is an elegant... 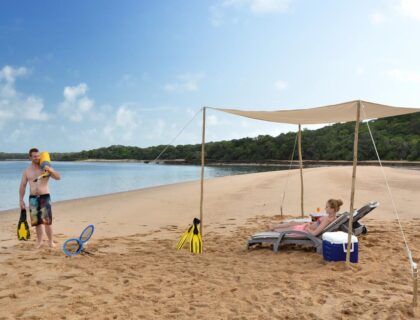 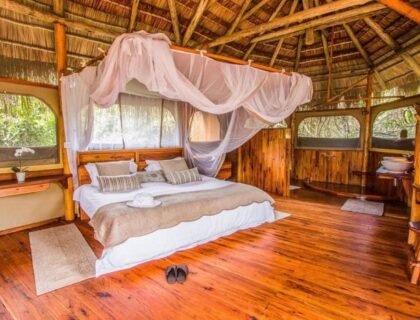 Anvil Bay is a private and exclusive barefoot beach camp on a rare untouched stretch of coastal wilderness in Mozambique’s most southern national park. The Casinhas (a little home in Mozambique)... 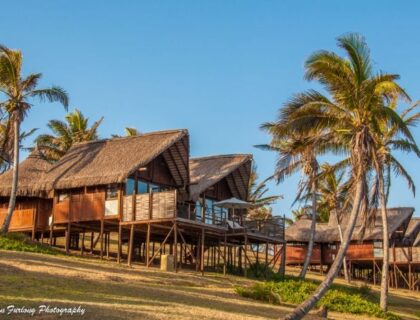 Far from the madding crowd and offering barefoot luxury, the Lodge caters for honeymooners, divers, fishermen and families. And those wanting to get away from the hustle and bustle of city life. 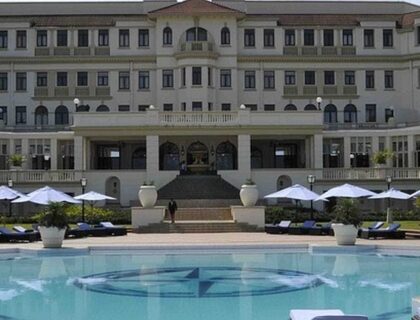 The five star Polana Serena Hotel has been gracing this headland on the Bay of Maputo since 1922. The sweeping colonial grandeur of this magnificent hotel has been restored making this a very... 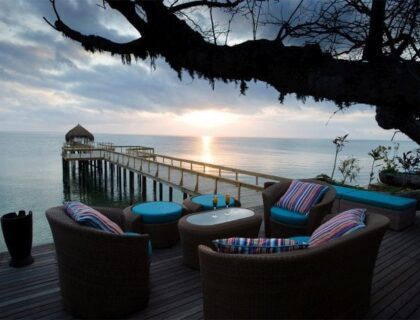 Overlooking the azure blue Indian Ocean, Dugong Beach Lodge is a romantic hideaway on the Mozambique mainland offering pristine surroundings, warm personal service and a host of activities – all... 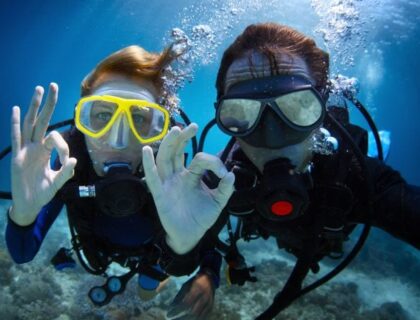 Personal Mozambique Ocean Experience: I am not a diver. (I keep meaning to learn to dive. But I never spend enough time at a beach resort to do a PADI course. ) But I do love to snorkel… Most of... 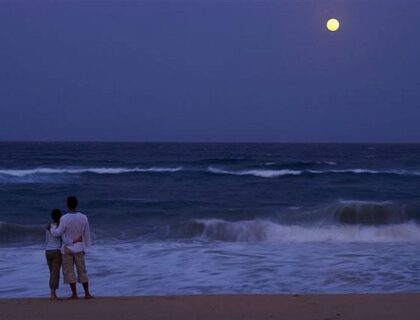 Recently I had the good fortune to stay with my family at both Thonga Beach Lodge, a beach resort in South Africa in Maputaland, and White Pearl Resorts, a Mozambique resort only 30-40km to north... 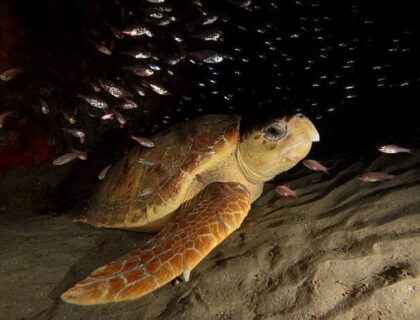 Turtle Tracking in KZN or Mozambique

Turtle Tracking One of the most special coastal experiences available in Southern Africa is to be able to witness the turtles in the summer months. Both as they come inshore to lay their eggs and...