Lake Edward, the Kazinga channel, the Ishasha River and a series of crater lakes provide a rich habitat for both mammals and birds.

Queen Elizabeth National Park is a protected area that also encompasses Kyambura Wildlife Reserve and Kigezi Wildlife Reserve. It runs from the foothills of the northern Rwenzori Mountains to Ishasha border gate in the south. So the park is just over 2,500 km².

Here, the grasslands of Uganda meet the eastern rainforest. Thus magical scenery combines with abundant wildlife, both predators and primates. This includes a vast concentration of hippo and the famous tree-climbing lion. Plus it is easy to combine with Bwindi National Park to the south and Kibale National Park to the north. And Kampala is not that far away.

The Kazinga Channel joins Lake George and Lake Edward. Take a boat cruise and watch for elephant, buffalo and Ugandan Kob on the shoreline as you glide along. Hippo, crocodile and water birds also frequent the banks. Plus bird-watching specials include malachites, pied kingfishers, great white and pink-backed pelicans and the open-billed stork.

In the Kyambura Wildlife Reserve (pronounced Chambura) in the east of the park, large numbers of flamingos are attracted to a series of three saline crater lakes. Here guided walking safaris through the Kyambura gorge may result in sightings of wild chimpanzees. These are habituated to small numbers of visitors. And there are also caves where you can see thousands of bats, python and monitor lizard.

In the more isolated Ishasha sector of Queen Elizabeth National Park, you can find tree-climbing lions regularly, if improbably, perched on the boughs of ancient fig trees. The meandering Ishasha River runs through this area, with riparian forest on its river banks. This is also the only place in the park to see Topi.

Then to the southeast of Queen Elizabeth National Park, you can explore the Maramagambo forest on cool forest trails. This forest is a valuable sample of East African medium altitude semi-deciduous forest. Unfortunately, this is increasingly scarce. It’s also a good habitat for chimpanzees, enormous pythons and colonies of cave-dwelling fruit bats.

When to visit Queen Elizabeth Park

This park is open year-round. The summer months are a relatively dry time of year, so a good time for a safari. Game-viewing is easier as vegetation thins out and animals tend to congregate at the water sources. Chimp trekking is also easier because the trails are drier.
TALK TO US
AVG RAINFALL 56mm
MAX TEMP 31 ℃ / 88 ℉
MIN TEMP 18 ℃ / 64 ℉

This is the time of the ''long rains'' so it is not an ideal time to visit as the safari roads become difficult to navigate and the wildlife is harder to spot. But the park is at its most beautiful and green during the two rainy seasons.
TALK TO US
AVG RAINFALL 144mm
MAX TEMP 29 ℃ / 84 ℉
MIN TEMP 17 ℃ / 63 ℉

This is considered the best time to visit, being dry-ish and a very pleasant temperature. Chimp trekking is easier because the trails are drier. However, this is also the busiest time to visit. (Though Uganda is never busy as Kenya or Tanzania.) This is also the best birding time (May to September)
TALK TO US
AVG RAINFALL 41mm
MAX TEMP 29 ℃ / 84 ℉
MIN TEMP 16 ℃ / 61 ℉ 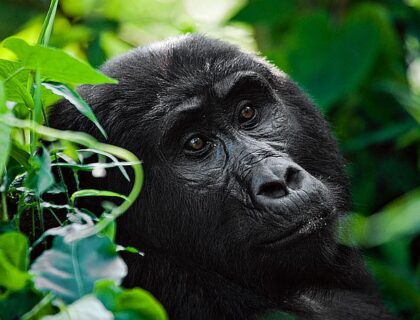 This safari is primarily about visiting and tracking the Mountain Gorillas in Bwindi Impenetrable Forest, Uganda. The gorilla experience is followed by a visit to Queen Elizabeth National Park and... 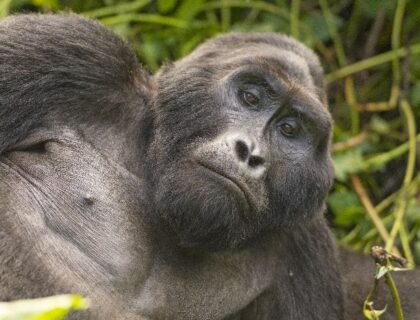 This Uganda air and road safari is a quick and comfortable way to combine a visit to Bwindi Forest for gorilla trekking with a taste of the less-visited part of Queen Elizabeth National Park. It... 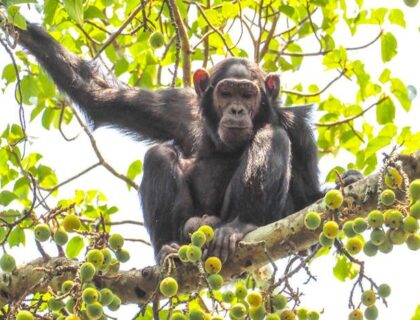 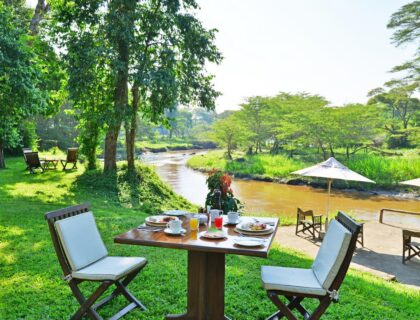 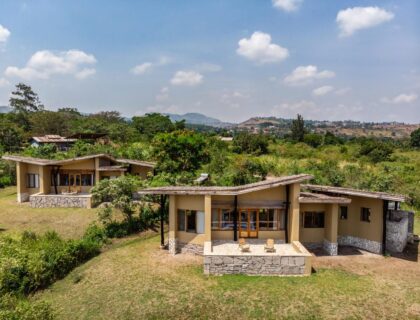 Kyambura Gorge Lodge is situated at the eastern edge of Queen Elizabeth National Park, with unparalleled views over the national park and onto the Rwenzori Mountains. Aside from the elephants,...

Mweya Safari Lodge is a large, first-class safari lodge in Queen Elizabeth National Park, overlooking the famous Kazinga Channel with its large hippo population.The Lodge is located on a peninsula... 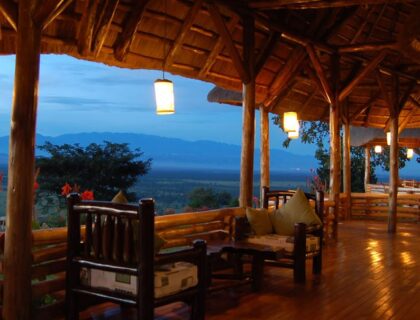 Situated on the Great Rift Valley escarpment with uninterrupted views of the savannah, Lake Edward and the Virunga and Rwenzori mountain ranges beyond, Katara Lodge is a 20 minute drive away from...

"I did not expect much from the chimpanzee trecking in the Chamburu Gorge, but it was the best of the whole trip. We got really close to the chimps and it was an amazing experience. It was a much more private trip (only 8 people) than later in Kibale, where we did not get that close. I also loved the tree climbing lions, which we saw three times near Ishasha Wilderness camp in QE, and once again near Mweya Lodge. What I should have done differently is, I should have gone for two gorilla trekking permits, as the first day it rained and although we saw the gorillas, they just sat there trying to get as less wet as possible. All the other members of my group had two permits, so went again the next day and had a much better viewing. The Bwindi bird walk was pretty bad, but mostly because the guide was not interested and we did not see much. The Shoebill tour was good, but I would recommend the morning one at 9:30am, as they saw two Shoebills in the morning. As soon as I arrived in the afternoon the guides said, it will be hard to spot one, and it was as we did not see it. " Mrs Monika Maintz
Did you know