This short private walking tour in Cape Town and the Cape Winelands allows you to enjoy some of the scenic delights of the area on foot. We offer a diversity of walks – from a hike on Table Mountain, to coastal walks and trails through the vineyards.
DURATION

This short private walking tour in Cape Town and the Cape Winelands allows you to enjoy some of the scenic delights of the area on foot.

However as it is a private tour, you can choose how much walking you wish to do versus more general touring. Ideally we recommend that you add on 1 or 2 nights at the beginning. Should you wish to see more of Cape Town. (We can book this for you.) The walking tour is suitable for the keen walker or the reasonably fit person. We offer a diversity of walks – from a hike on Table Mountain, to coastal walks, to trails through the vineyards. You begin with 2 nights in the city followed by a night in the Winelands.

Note on Prices Below

We offer this tour for 2 people or more - see prices below. The base price is based on 4 people as this is more cpst-effective. We can slightly decrease the cost but it is not particularly recommended. The Red Carpet option IN THIS CASE is the price per person when it's only 2 people travelling. This tour is subject to walking guide availability as there is a shortage of experienced walking guides in South Africa (and so some charge high fees). Thus we are not always able to source a walking guide for last minute requests. Or we may need to charge a supplement to book one of the more expensive guides.

On arrival in Cape Town, you are met by our experienced walking guide and transferred to to Walden House or similar where you stay for 2 nights. Our guide gives a short orientation talk over a light lunch at Walden House.  After lunch you enjoy a tour of Cape Town on foot.

You first head up to Signal Hill for a panoramic overview of the city. Then you walk through the historic old part of Cape Town, quiet on a Saturday afternoon, walking up Government Avenue, past the Company Gardens and St George’s Cathedral, de Tuynhuis – the President’s home and the famous flower sellers of Cape Town.

The evening is at leisure to enjoy local restaurants or visit the V&A Waterfront.

Today you enjoy a full day tour of the Cape Peninsula including two walks in the Cape of Good Hope National Park.

You travel along the coastal road through the chic suburbs of Clifton, Camps Bay and onto the picturesque fishing community of Hout Bay. Next you enjoy a scenic drive along Chapman’s Peak as it hugs the cliffside and continue south to reach Cape Point in the Cape Peninsula National Park. Sir Francis Drake, the famous explorer, once called it “the fairest Cape that we saw in the whole circumference of the Globe”.

Enjoy a two hour circular walk in the morning, where you can easily examine the park’s unique flora and fauna.

Starting at Gifkommetjie, the trail drops down to the coastline and meanders along to a shipwreck. The 452 tonne fishing trawler ran aground at Hoek van Bobbejaan at midnight on 2 May 1968. You’ll see plenty of rock lizards and tortoises on this walk. Leaving the shipwreck, the route returns along a gentle upwards sloping ridge which gives an aerial view of the region with views as far as Table Mountain and Kommetjie lighthouse. The wide open spaces give a nice contrast to the spectacular but busy Cape Point visited later.

Terrain will vary between grass, gravel and sand. There will be some short sections of rough terrain and the initial descent is on a stepped path which descends steeply to the beach.

We then continue to Cape Point for a picnic lunch. After lunch you can walk up to the old Lighthouse (or take the funicular train if you prefer). 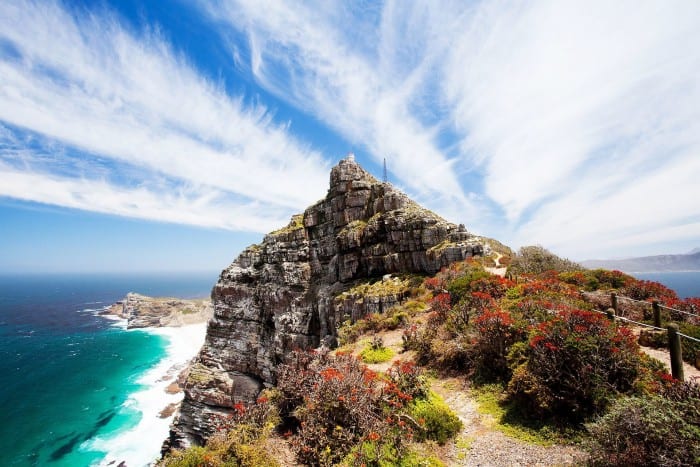 Note: Guests can take the funicular train up or down or follow the wide concrete path with over 125 steps.

The old lighthouse on the summit of Cape Point was operational between 1860 and 1919 and provides views of the new lighthouse (1919) on the cliffs below. The old lighthouse, despite its height of 211m, was only visible in clear weather as it is often muffled in cloud. When the Lusitania was wrecked in fog on the rocks below, it was decided to correct the mistake and build a new one. Whale sightings have been made from here.

Leaving the park to head back to the city, you stop en route at Boulder’s Beach to visit the African penguin colony. You return to the hotel in the late afternoon. Dinner is at leisure.

The group travel with the cable car up to the top of Table Mountain. After enjoying the panoramic views, the walk heads to Maclear’s Beacon and then doubles back along the front edge of the ‘table’ with stunning panoramic views of the city below.

After lunch you are transferred to the Winelands to stay overnight at the Spier Hotel. you enjoy a tour of the Winelands in the afternoon.

A combination of the favourable effects of the two major ocean currents meeting off the Cape makes the climate in the Winelands perfect for acres of vineyards. You visit a wine estate for a fascinating tour of the wine-making process and some wine-tasting. You continue to Stellenbosch, which is one of the finest towns in South Africa. It is easy to see why Simon Van Der Stel decided to build a town in such a charming spot. The backdrop of the Hottentots Holland mountains, the white gabled Cape Dutch Homesteads and the oak-lined streets all blend in to give this place a charm that will not be quickly forgotten. We enjoy a walking tour of Stellenbosch. 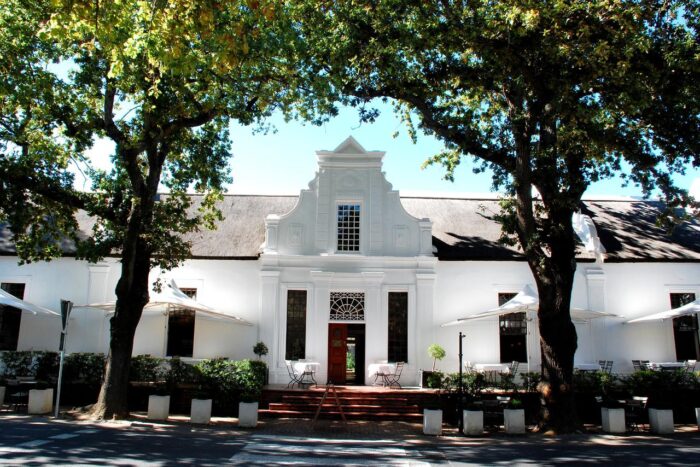 The Spier Hotel on the historic Spier Estate offers plenty for you to do without needing to venture off the estate. The Spier Estate is located in the heart of the Winelands only ten minutes drive from the university town of Stellenbosch and also within easy distance of Cape Town. The gracious Cape Dutch buildings of the Spier Estate, built in 1692, have been restored to their former glory to create the Spier Hotel.

The surrounding landscaped grounds offer loads to do such as horse riding through the vineyards, tennis, hiking and mountain biking on the estate, swimming, or even visiting the Bird of Prey rehabilitation centre. There’s an open air craft market selling good quality African arts and crafts which many find very seductive. Alternatively the Camelot Spa at the Spier Hotel provides a variety of massage and holistic treatments.

This morning we enjoy a walk in Jonkershoek Nature Reserve near Stellenbosch.

Afterwards you visit a wine estate for a fascinating tour of the wine-making process and some wine-tasting before enjoying a delicious wine estate lunch.

In the mid afternoon you are transferred back to Cape Town in time for your onward arrangements. 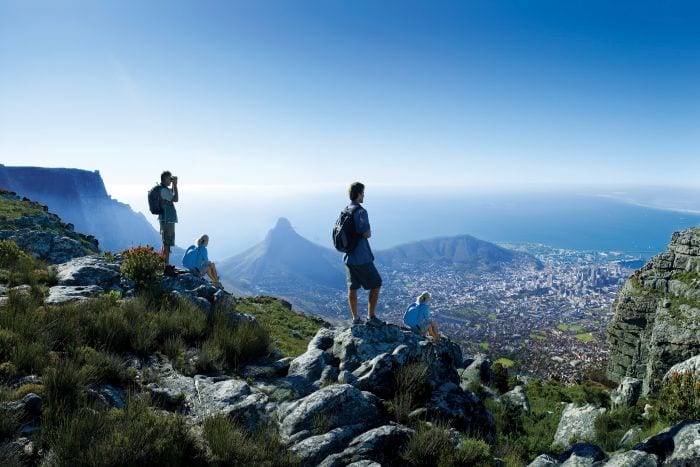 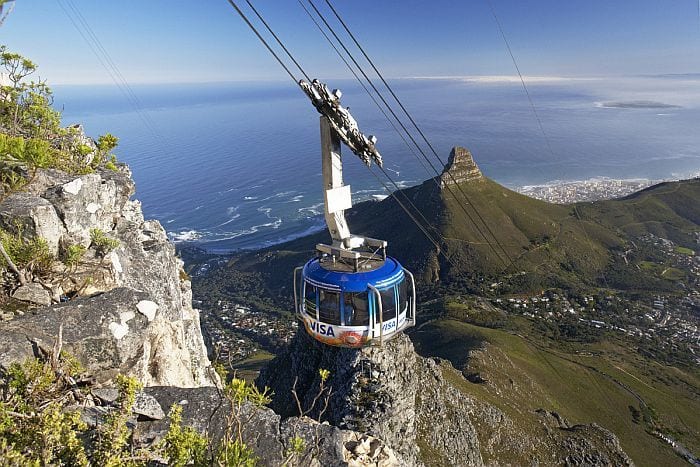 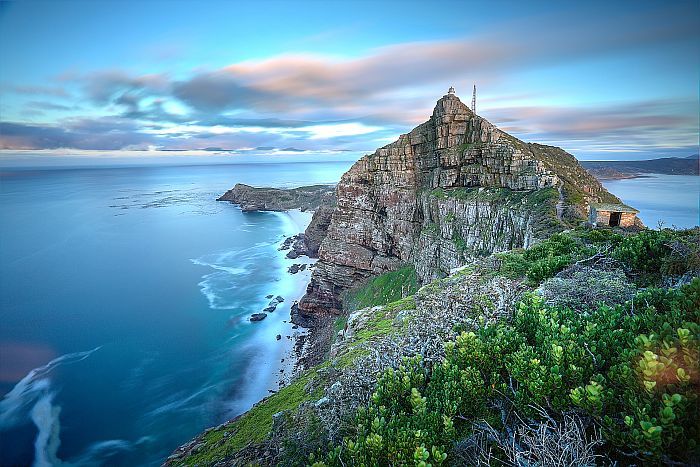 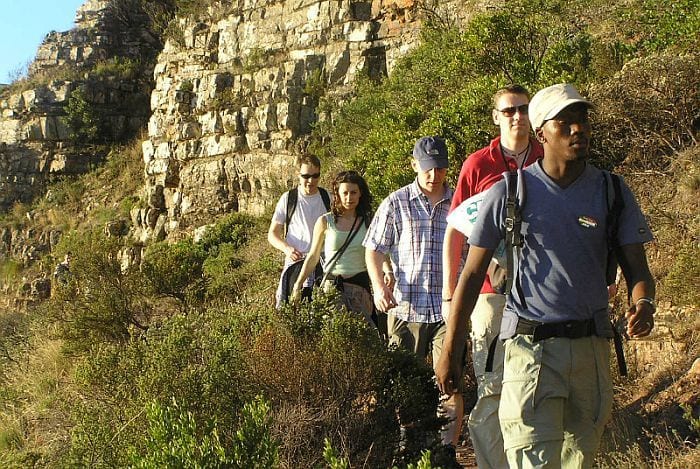 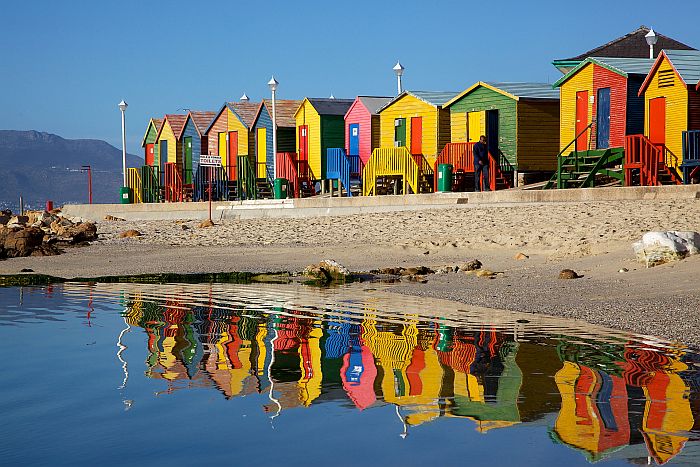 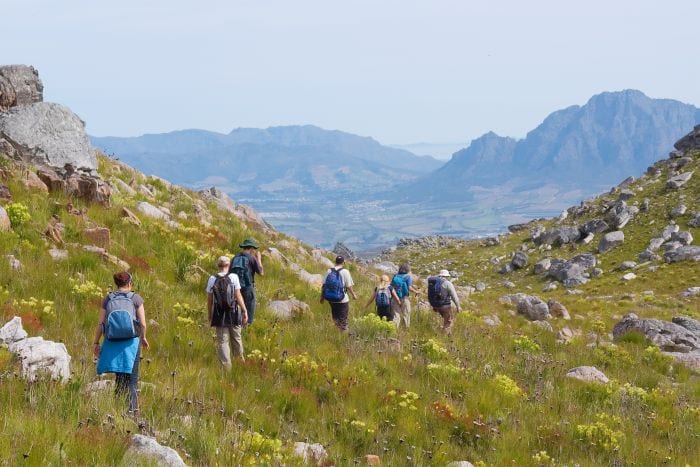 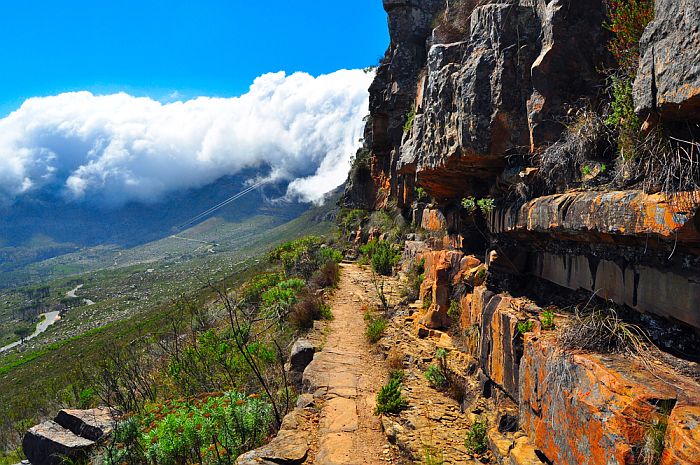 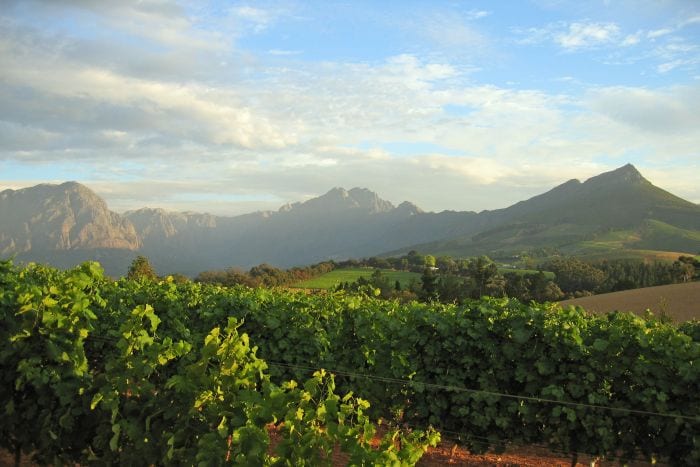 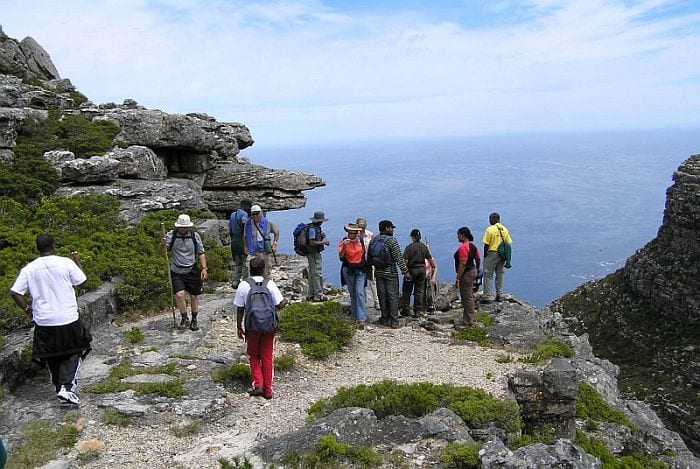 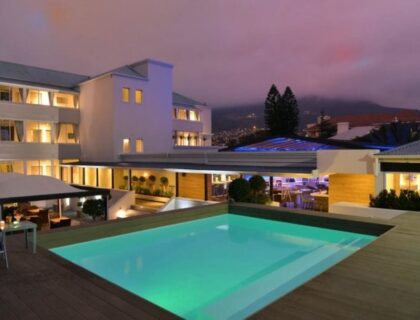 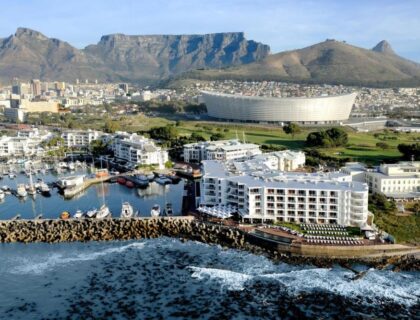 The five star Radisson Blu Waterfront in Cape Town is set on the water's edge overlooking its own private yacht marina and Granger Bay with views out to Robben Island beyond. It lies adjacent to... 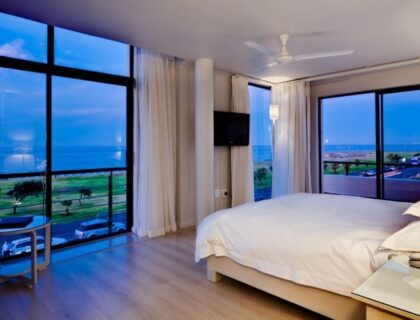 This chic hotel is ideally situated on the bustling Mouille Point promenade – Cape Town’s own ‘platinum mile’! It's also ideally located for those wishing to enjoy Cape Town’s Atlantic... 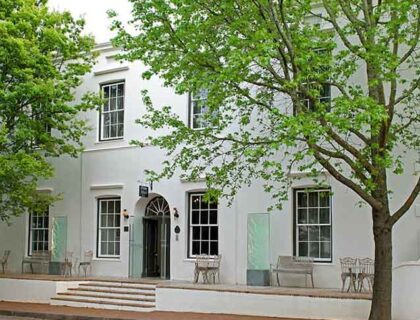 Elegance and ambience are the bywords of the Oude Werf hotel, situated in the heart of historic Stellenbosch. The Oude Werf Hotel is South Africa's oldest hotel and was built on the site of South...