When and why to go on holiday in KwaZulu Natal

On our recent visit to Kwa Zulu Natal in South Africa we have once again experienced how much the Zulu Kingdom has to offer. . .

Many popular holiday itineraries in South Africa include a stay in Cape Town & The Winelands, a safari in the Greater Kruger area and then possibly Victoria Falls as an add-on. Most foreign visitors haven’t quite realised the incredible amount on offer. Packed into this compact and beautiful province on the Indian Ocean coast of South Africa.

Kwa Zulu Natal is a diverse land. A land of untamed wilderness, broad beaches, coral reefs, coastal forests, wetlands, lush subtropical vegetation and soaring mountains. KZN game parks and the iSimangaliso Wetland Park are spread across Zululand on the subtropical coastal plain. And even though it seemed  to be much drier than usual for the end of May, the game viewing was very good . The array of different bird species made us realize that you cannot enter these Parks without one of these great bird viewing apps for sale in Google Play store. These sanctuaries give refuge to several hundred bird species – 60% of South Africa’s total.

The climate in the KwaZulu Natal Province is all year round tourist friendly. Sea temperatures are also relatively stable, averaging 21 degrees all year. Providing possibilities for a diversity of aquatic activities in any season, including diving, fishing, swimming, boating and surfing. The major winds that influence the climate in KZN change seasonally. In summer, northerly winds bring regular rain. While in spring and early autumn southerly winds bring some cold fronts and infrequent rain.

Further north, conditions become subtropical to an even greater extent. And the estuarine environment of St Lucia and Kosi Bay bring steamy days and balmy nights.

Moving inland, the low-lying coastline makes way for the emerald hills of Zululand and Thukela regions. And still further east to the Great Escarpment, as altitudes rise temperatures drop. In the Drakensberg, the chilly towns of Bergville and Winterton provide a refreshing break from the swelter.

The best time to visit KZN is March, April & May as it is not as hot as January and February. But what makes Kwa Zulu Natal’s safari parks unique is that it is a great area to visit even in the winter months of May, June and July which could end up giving you more mild and sunny days than you expected…

KwaZulu-Natal’s marine life is matched on land by its game reserves, some of which are beaten only by the Greater Kruger area, and easily surpass the latter as the best place on the continent to see both black and white rhino. Most famous and largest of the reserves is the Hluhluwe-Imfolozi Park ,where the brand new Rhino Ridge Safari lodge just opened, frequented  by a respectable cross section of wildlife that includes all of the Big Five.

Read my review on the brand new Rhino Ridge Safari Lodge in a private concession of the Hluhluwe National Park.

I would definitely suggest a combination of Kruger and KZN reserves for a more rounded safari experience.

On your next visit, I do urge you to include KwaZulu-Natal in your holiday itinerary as it has everything the continent is known for – beaches, wildlife, mountains and accessible ethnic culture. 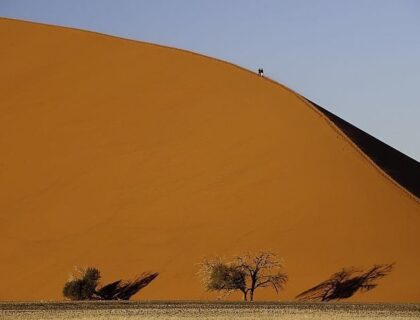