Le Touessrok has one of the most romantic settings on Mauritius on the East coast of the island. Imagine a luxury hotel built for the most part on its own island. A short distance away, another tropical island serves as its exclusive playground. it has been called one of the world's great romantic getaways - on a cluster of tiny islands joined to the mainland by a striking wooden bridge. Now contemporary sophistication blends in seamlessly with traditional Mauritian style.

The rooms and suites are mostly on the mainland with a bridge link to nearby Frangipani Island and the Junior Suites. All rooms and suites have ocean views and air-conditioning. The deluxe rooms are elegant and contemporary with vibrant splashes of colour and spacious bathrooms. The Junior suites in the Frangipani wing all have plasma TV and feature bathrooms; the ones in the Hibiscus wing are more classic in style. Ocean suites have a separate sitting/dining area and two terraces. These may connect with a Junior suite for family accommodation.

There are also three luxury waterfront villas with two en suite master bedrooms, a third bedroom, relaxed expansive living areas with a large terrace, infinity pool and wonderful direct beach views. It doesn’t get much better than this!

There’s a range of activities on offer at Le Touessrok - from its own 18 hole championship golf course to the Givenchy Spa to exploring its own deserted island. The warm shallow water of the lagoon is ideal for all manner of watersports.

The Givenchy Spa is one of the most exclusive spas on Mauritius, the lap pool and the Matt Roberts Personal Training Centre is also here. On the Ile aux Cerfs lies a restaurant and the Bernhard Langer 18 hole championship golf course.

There’s a choice of five restaurants with the culinary theatre restaurant, Three-Nine-Eight, on the mainland next to the pool, relaxed beach dining at Barlens, Indian cuisine at Safran as well as Crusoe & Robinson and Paul & Virginie on the resort’s islands of Ilot Mangerie and Ile aux Cerfs.

All 18 holes have views of the ocean. There are nine lakes in all, with a number of holes requiring tee shots across sea inlets to the fairways. Bernard Langer has designed the course to challenge advanced players, while remaining exciting and playable for recreational golfers. Some say that if your handicap is higher than 15 you may find this course a particular challenge. Alternatively you can just take lots of balls that you’re happy to lose (because you almost certainly will). Some of the carries are huge, so it really is not much fun for the higher handicap player. On the other hand it has a most spectacular setting. 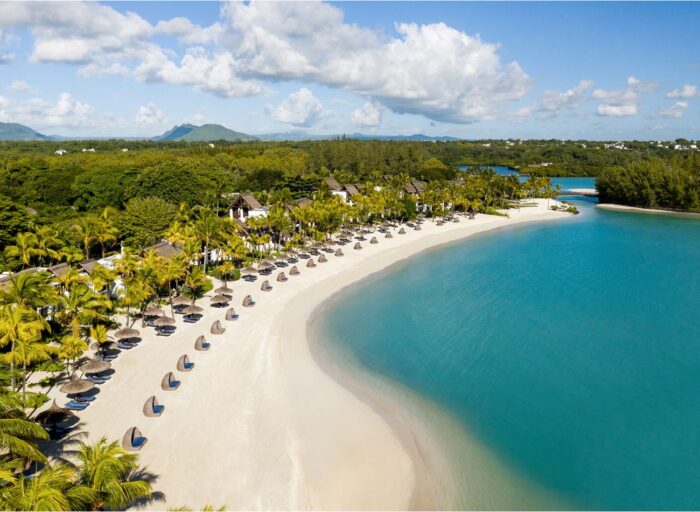 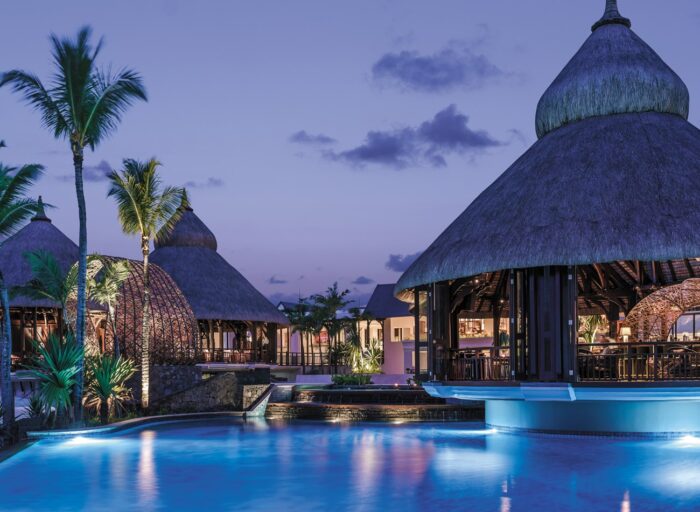 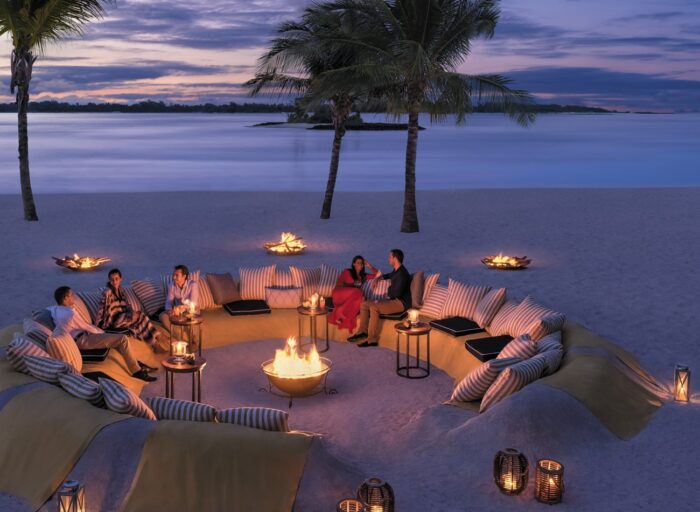 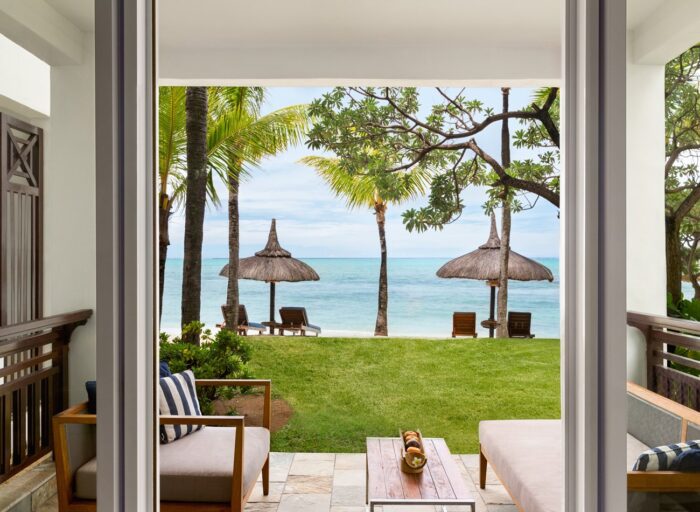 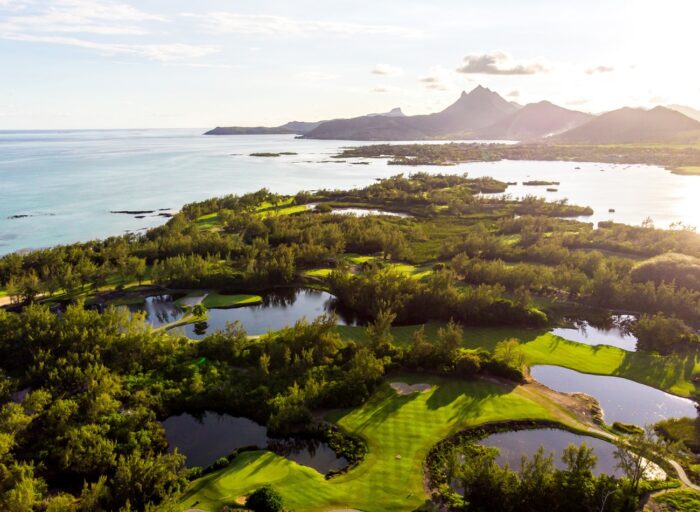 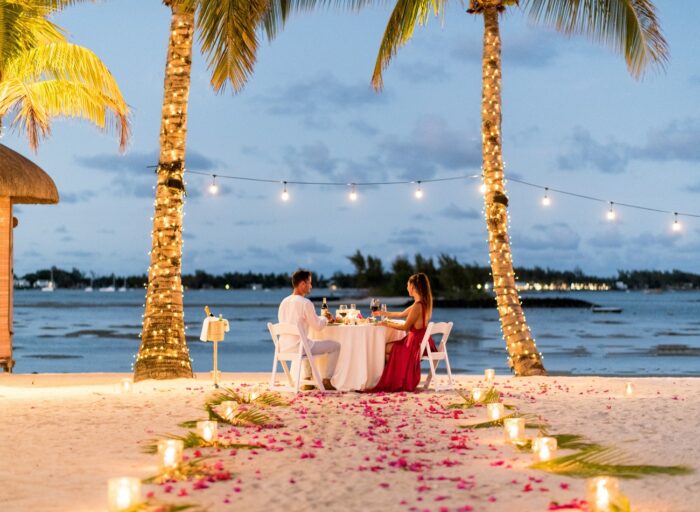 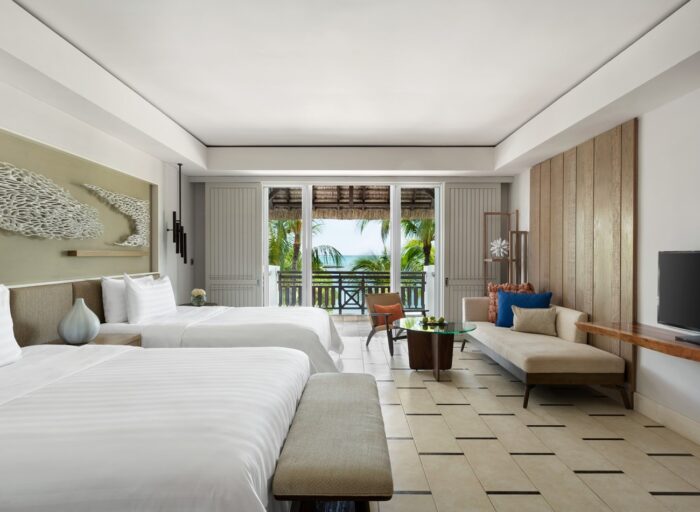 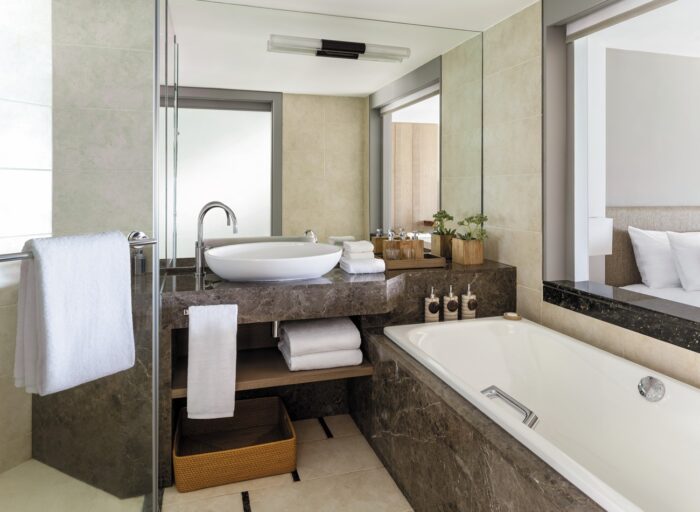 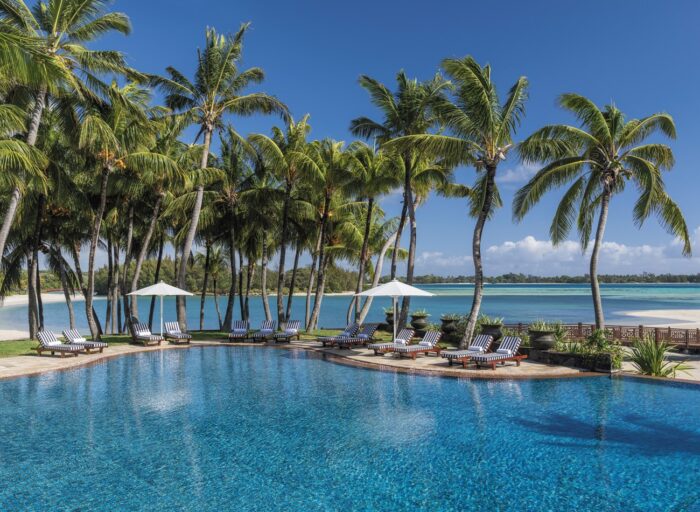 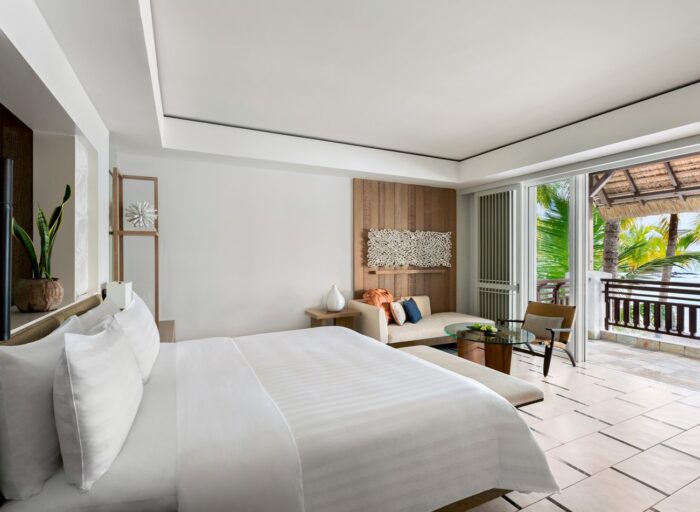 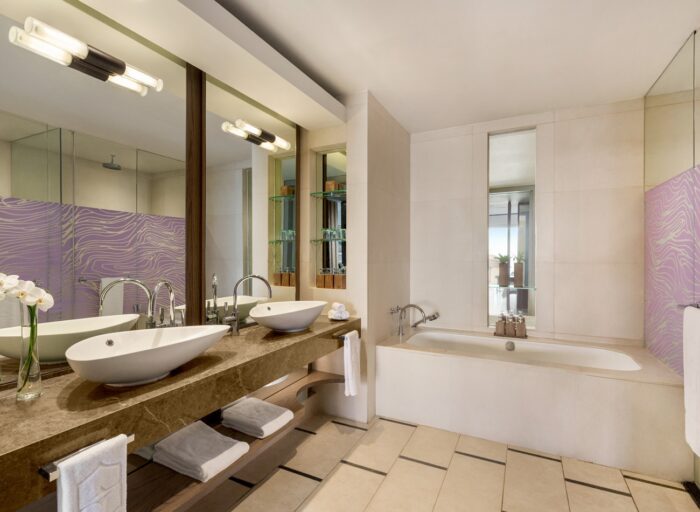 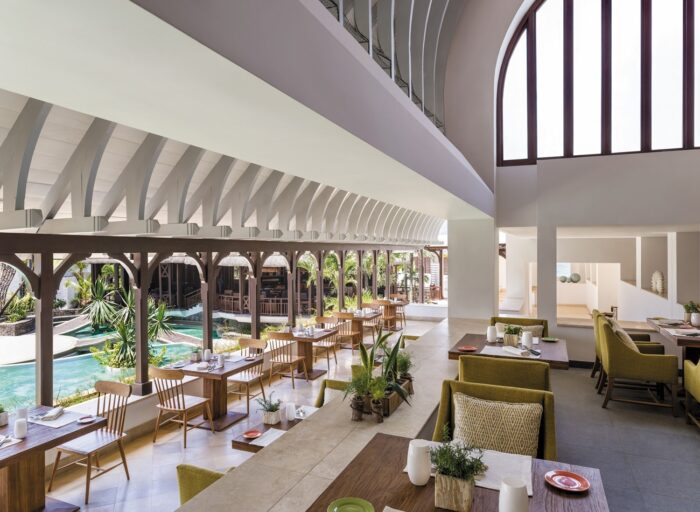 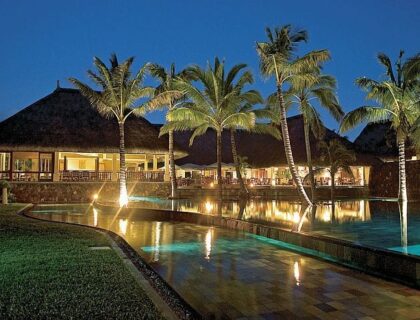 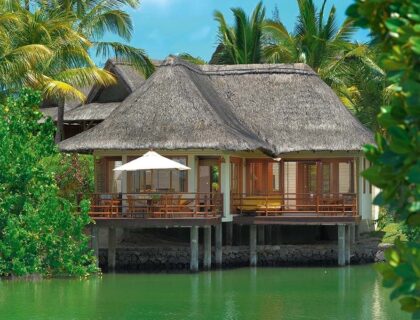 Constance Le Prince Maurice is the epitome of architectural sophistication and somewhat breaks the usual beach resort trend in Mauritius. The copious use of wood, stone and thatch gives Le Prince...

Very much a Mauritian by-word for luxury and sophistication, One&Only Le Saint Geran is located on its own private peninsula of white sandy beach, surrounded by 60 acres of tropical gardens on the...