Bale Mountain Lodge is the nature-lovers perfect spot for "R & R" after touring the historical sights. Here you can relax in tranquil and pristine surroundings in the luxury of a sensitively designed eco-lodge.
DURATION

On this tour, access is a return flight from Addis Ababa to Bale Robe airstrip. Then a 90 minute scenic game drive to the lodge. It's also possible to drive to Bale Mountain Lodge from Addis, rather than flying. But note that it is a full day of virtually non-stop driving. Alternatively, you could drive via Lake Langano and stay at Sabana Beach Resort to break the journey.

Bale Mountain Lodge is set high in the mountains. On an 8 hectare plot within the cloud forest. With views overlooking a large clearing which is used by animals for grazing and foraging. The lodge is a superb location from which to explore the forest and the plateau. Both of which offer walking safaris in the company of a knowledgeable guide. Access to the Rift Valley, with its camel markets and dry dusty conditions is a mere 1 hour drive to the south and the Sof Omar caves. Africa’s largest limestone cave system is a return day trip to the North.

The main areas have traditional architecture with a high thatched roof lined with bamboo. A large sunken fireplace acts as the focal point. With fires laid on both the lounge and dining room sides of the hearth. Comfortable sofas and armchairs, Ethiopian rugs and friendly service create a sense of luxury and relaxation. And guests are encouraged to meet before dinner for sundowners around the external fire pit on the front deck. There is an additional ‘snug’ room set off the bar area with its own fireplace and with an emphasis on quiet contemplation and relaxation.

The lodge is also 100% eco-friendly with power coming from the lodge's own Micro-Hydro power plant.

A wide eucalyptus wood deck encircles the lodge and offers additional space for al fresco dining or taking tea and cakes in the afternoon. Walkways extend around the site to numerous attractions and a waterfall fed rock pool is ideal for cooling down on hot days. Secluded benches and pagodas are great spots from which to watch the wildlife, or simply get away from the pressures of modern life. There is a spa at the lodge offering massage treatments, manicures, facials and a hot tub in a location which straddles the mountain stream, adding the gentle sound of running water to the feel of seclusion and privacy.

All of the paths and decks permit views of the clearing, the stream, a wetland habitat (which harbours many endemic species of fogs and newts) or of the lodge pond, a 6000 m2 water feature which attracts migratory birds and local wildlife.

Bale Mountain Lodge is designed to accommodate 30 guests in 15 rooms. All offer comfortable beds, wonderful views from the private deck and wood burning stoves. All rooms are hidden from view from others to permit guests to feel totally isolated whilst being safe and warm.

MAKE AN ENQUIRY
PRICE FROM (PPS)

Take a scheduled flight from Addis Ababa to Bale Robe, a newly launched route to a new airport. Here you are met and driven on what must be one of the most stunning airport transfers in Africa, approximately 90 minutes across the Sanetti Plateau, to Bale Mountain Lodge.

Over the next three days you will be able to explore some of the varied habitats of the Bale Mountains National Park, either on foot or in a 4×4. The animal highlights here are the unique and endangered Ethiopian wolf, mountain nyala, giant molerat and Bale monkey. There are also black-maned lion and giant forest hogs.

Close to the lodge, exploring the  Harenna forest with a lodge guide may yield a sighting of the elusive animals that live there; the olive baboon, warthog, rock hyrax, Starck’s hare, klipspringer, grey duiker, African wild dog, giant forest hog, leopard, lion and birds of prey.

Bale Mountain Lodge organised activities include guided bird watching trips, game viewing, fly-fishing, walking or horse riding safaris and interaction with research and conservation teams which are operating in and around the lodge site.

Further afield, trips are on offer to Sof Omar, the largest limestone cave system in Africa, and to Dolo Mena and the Rift Valley.

Transfer back to Robe for the return flight to Addis Ababa. 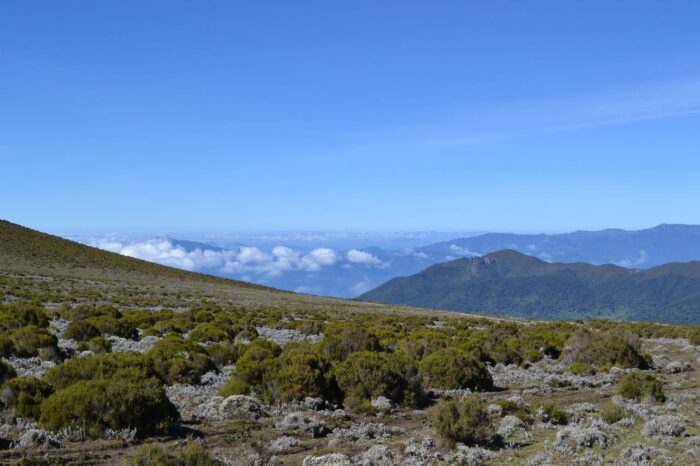 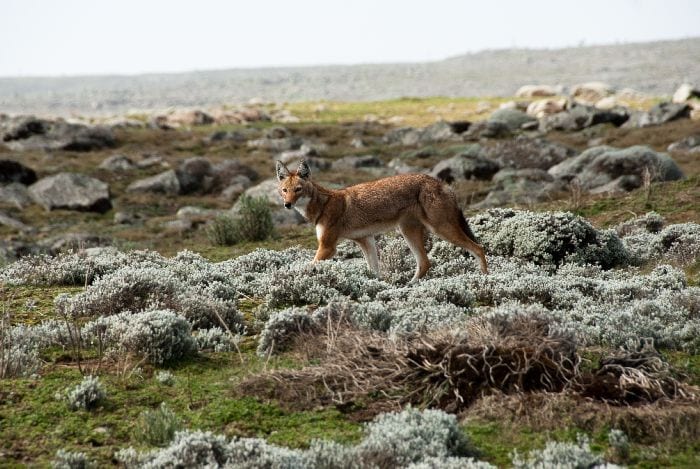 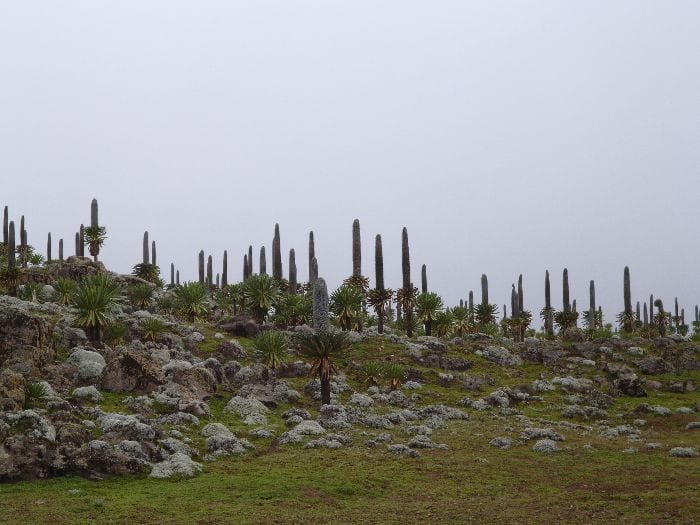 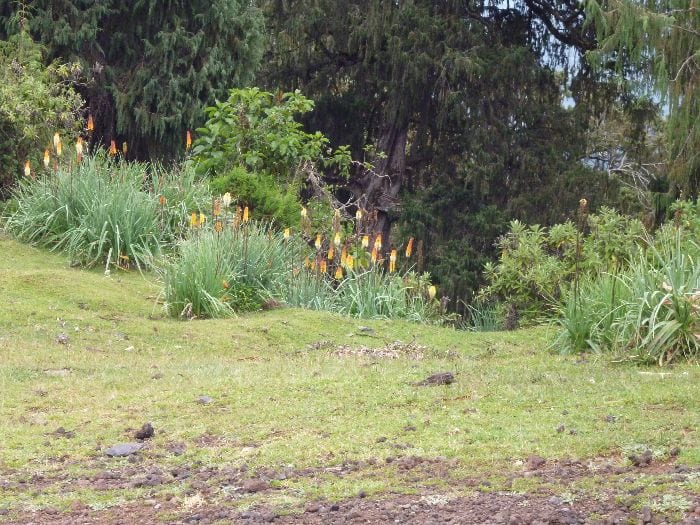 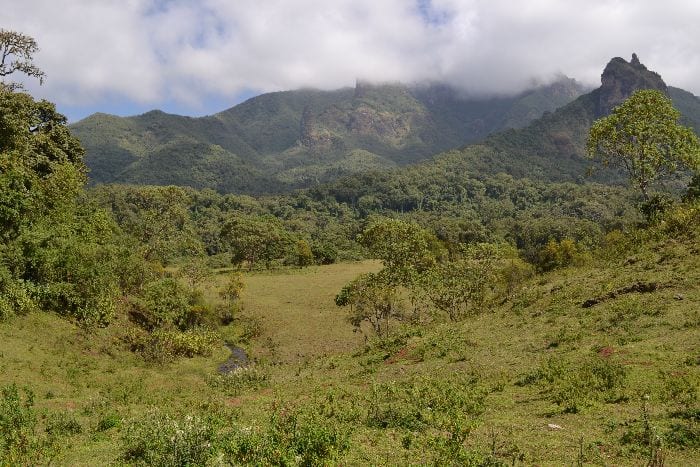 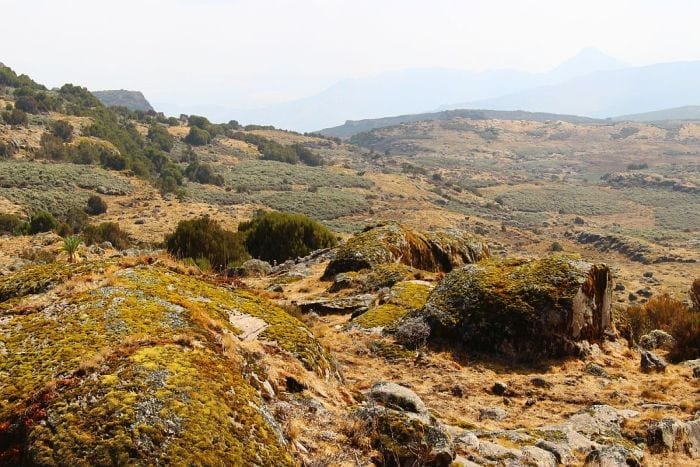 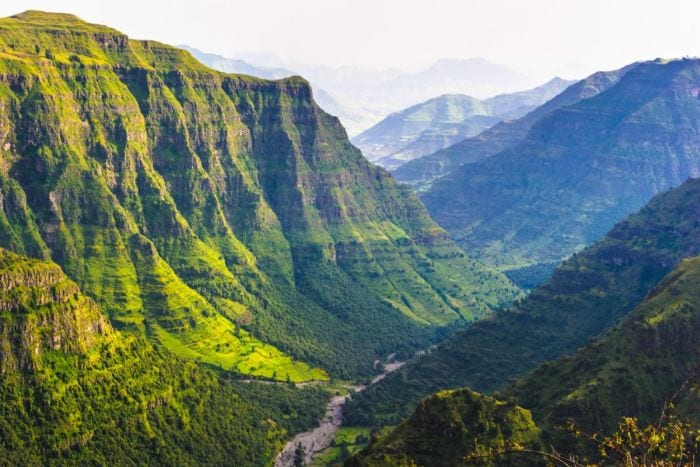 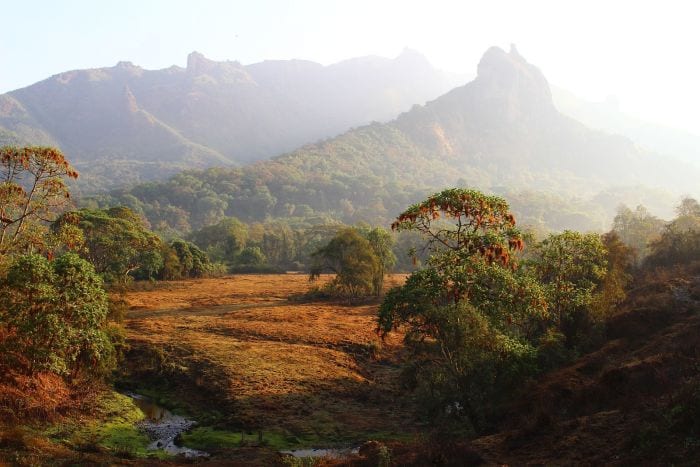 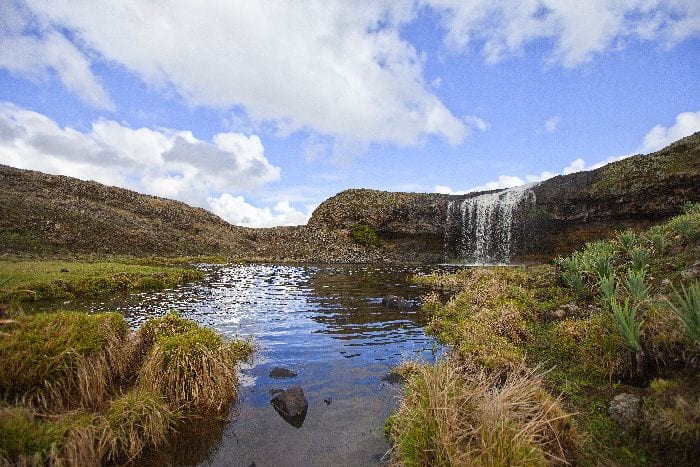 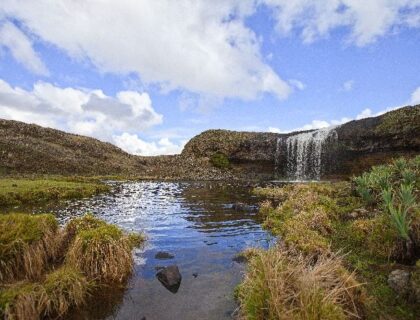 Bale Mountain Lodge is the nature-lovers perfect spot for "R & R" after touring the historical sights of the north or trekking in the Simien Mountains. Here, in the Bale Mountains National Park in...