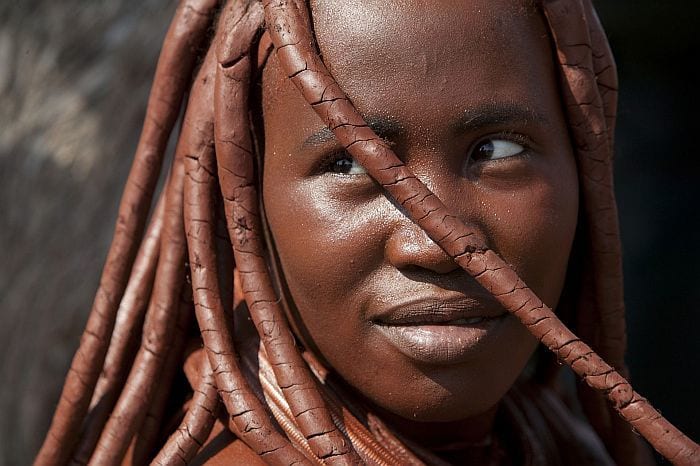 Kaokoland is sparsely populated, home to only some 16,000 people. About half of these are the much-spoken of Himba people. Who live in scattered settlements throughout the Kaokoland. These hardy pastoralists are semi-nomadic, roaming the desert plains surviving on the indigenous plants & animals that surprisingly thrive in these harsh conditions. But their way of life is under threat as the modern world starts to encroach in the form of roads, infrastructure &, yes, tourism…

Their beehive huts are traditionally made from mopane saplings covered with a mixture of mud and cattle dung. These settlements are often found deserted, as the Himba are semi-nomadic. This means they are continually on the move with their cattle & goats in search of grazing. The Himba are a tall, graceful people, who protect their skin by rubbing it with a mixture of red ochre, butterfat & a wide range of aromatic herbs & bark. A practice which is central to the Himba people’s identity. 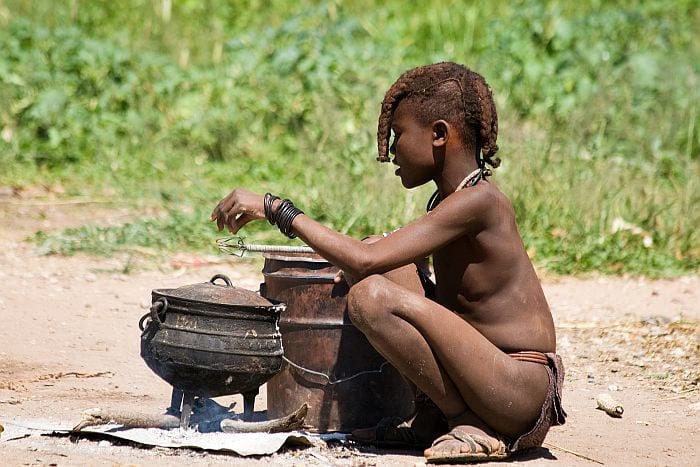 Married women can be distinguished by their leatherhead dresses & other adornments, which include copper bracelets, necklaces & the ohumba, a white conch from the Skeleton coast.

Some Himba groups have moved further south and settled in permanent villages where they are more frequently visited. These villages have become sort of ‘show’ villages. They are worthwhile visiting if you haven’t got time to trek far north & would like to know about the Himba people.

Alternatively from the northern lodges of Damaraland, we can arrange guided 4 x 4 excursions with a local expert who understands this fragile ecosystem & its cultural sensitivities. Given the semi-nomadic nature of the Himba people, these excursions are not always possible.