The Highlands at Ngorongoro

The Highlands lies in the Ngorongoro highlands and is quite unlike most of the other Ngorongoro lodges. This modernist lodge sets the the bar for low-impact high-style camps. It lies on the slopes of the Olmoti Crater. Each of the eight chalets is carefully positioned for maximum privacy, whilst retaining the sweeping views of this beautiful uplands region.

At the heart of the camp is a wood-burning fireplace designed to emulate the traditional East African campfire experience. Delve into the library or enjoy a drink from the whisky dome and unwind in comfort and style at the end of each rewarding day.

The inspiration for the eight canvas geodesic domed suites comes from the traditional Maasai bomas that dot the landscape. Yet this is unlike any boma you may have seen!

Each of the six large, luxury guest tents is warm, intimate and contemporary. All of them have fantastic views stretching to the Gola Mountains. Several of them have a mezzanine available for a third bed for children (steep steps). The tents all feature king-sized beds, en-suite bathrooms with separate toilet and double-headed shower. Each has a wood burning fireplace and plenty of cosy blankets and rugs for warmth in the colder months.

The Highlands also has one family tent specifically which comprises a standard double bedroom with a covered walkway leading to a smaller dome with twin beds and en-suite shower room for the children. This accommodates two extra children with their parents. The honeymoon suite offers the best in terms of privacy and relaxation. In addition to all the usual amenities above, it has a large elevated deck and an outdoor hot tub overlooking the beautiful landscape of Ngorongoro.

Activities at The Highlands

As with other Ngorongoro lodges, the primary activity is the descent into the Ngorongoro Crater for a safari in one of the most game-rich reserves. Stop for a picnic lunch in a shady spot under the trees.

But given its unique location, other activities at The Highlands are focused around walking and cultural interaction with the local Maasai villages. For example the Olmoti climb follows an ancient Maasai cattle trail through mountain forest, grasslands and rocky outcrops. At the top, you are rewarded with a magnificent view of the crater below. Alternatively descend into the Empakai crater with its soda lake on the crater floor, famous for the pink flamingo that congregate on its shores. Or spend an afternoon with the local Maasai in one of their villages to learn about the traditional way of life that has defined this corner of Africa for centuries. School visits may also be possible depending on the time of year.

The Highlands at Ngorongoro gallery 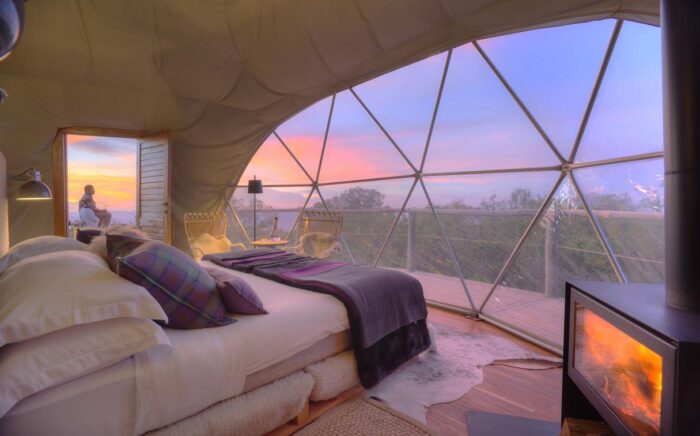 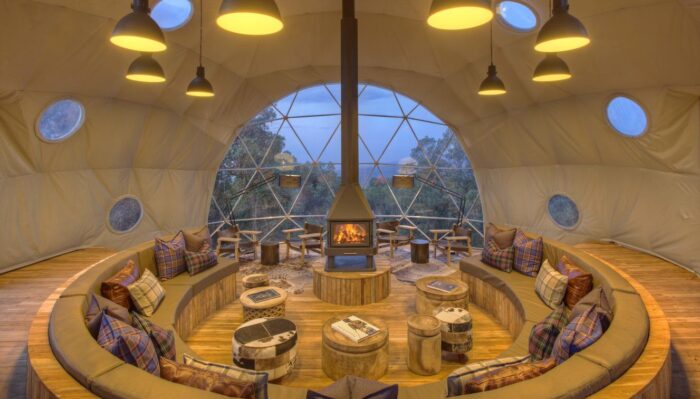 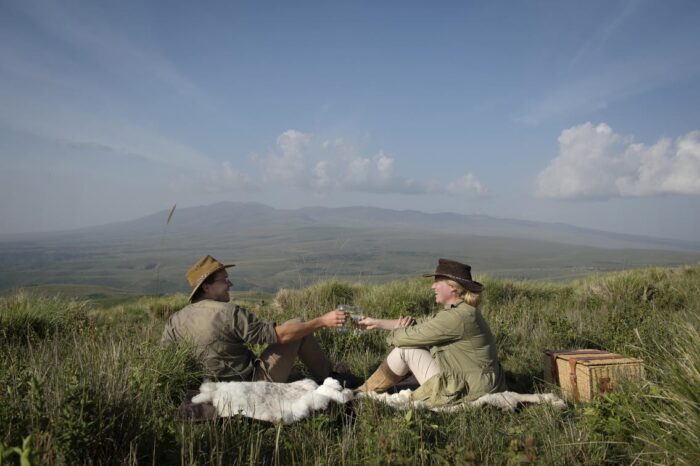 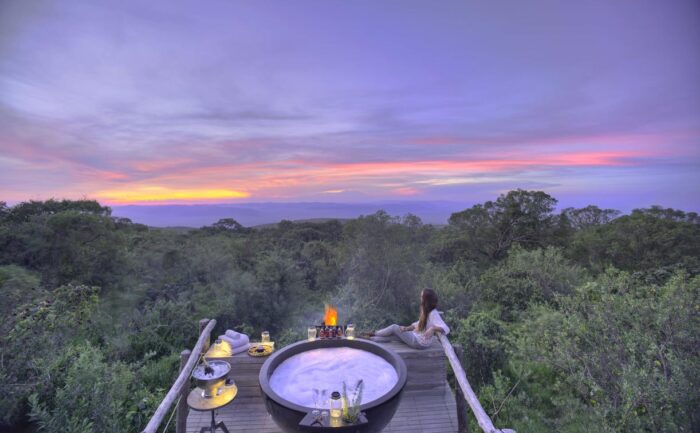 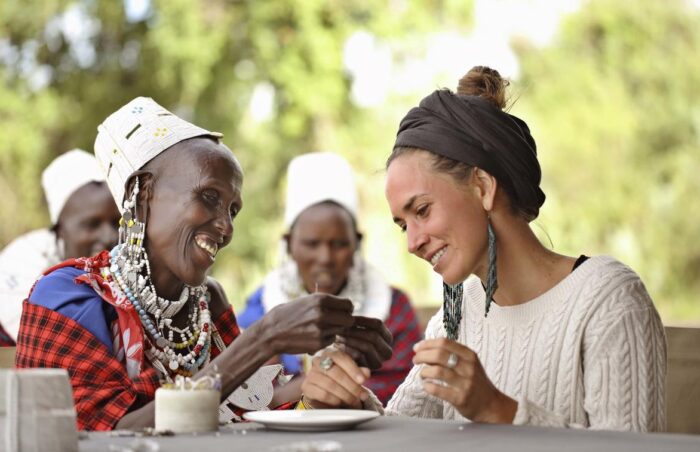 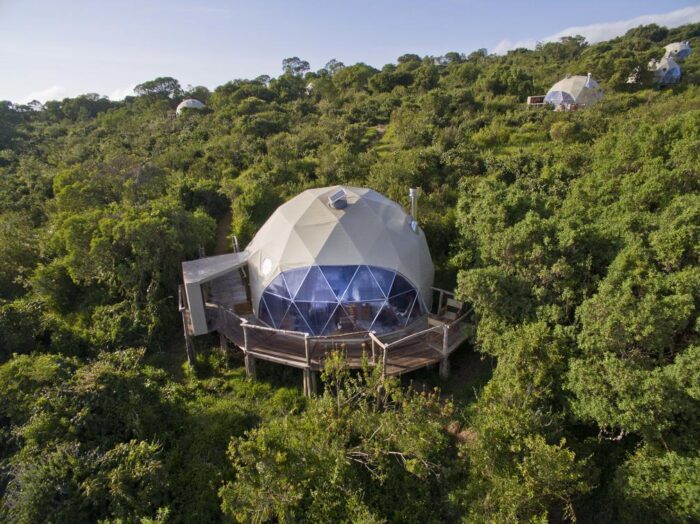 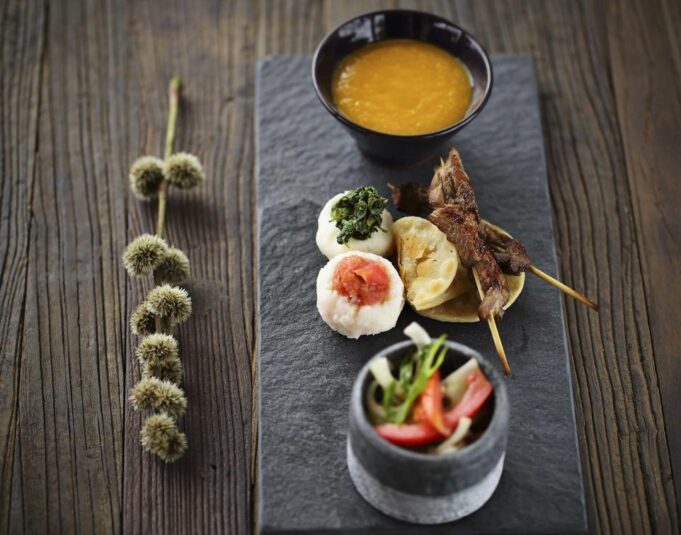 The Highlands at Ngorongoro on the map

This is a stylish and contemporary newish lodge with eight canvas-and-glass domed suites. It is a stunning looking spot but you need to be aware that it is far away from the Ngorongoro Crater.

(This could be both a good or a bad thing depending on your point of view). I was a little concerned about how long a drive it was to get to the highlands. The road on that side of the crater is not great and the last section to The Highlands was very bumpy. So not recommended if you don't have much time to spend there!

However it is a great lodge with a stunning location. And it is very private and exclusive with an interesting range of activities.

What you can do at The Highlands

Guest areas include a library, bar and comfortable sitting areas that surround an indoor fireplace. But the suite was very warm (with all that glass) during the afternoon and we were there in the cooler season!

The honeymoon tent (where I stayed) has a spa bath. But it's a steep walk down so older people should request rooms closer to the main areas. 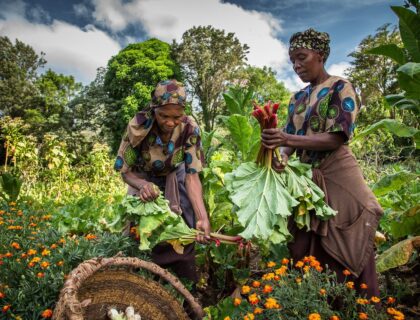 Gibb's Farm is a working farm located on the forested slopes of the Ngorongoro Conservation Area. Set among formal English gardens, the farmhouse and 19 stylish ensuite cottages are the heart of a... 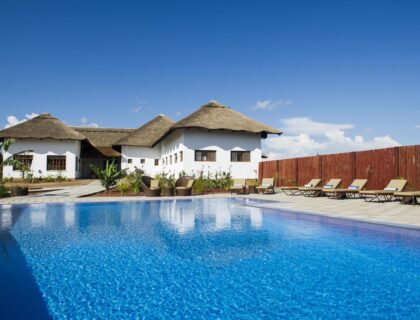 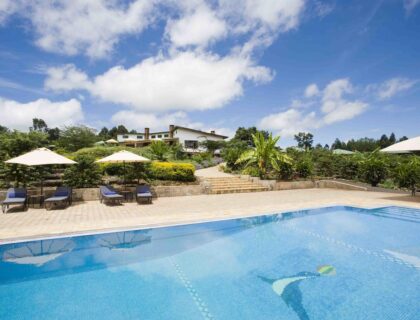 Tloma Mountain Lodge is a small, exclusive lodge uniquely situated on top of a valley overlooking a coffee plantation, the Eastern wall of the Ngorongoro Crater and a beautiful waterfall. It just...