The stunning Sayari Camp, in the far northern part of the Serengeti National Park, is perfectly positioned to witness what may be the greatest wildlife spectacle on the planet: the Great Migration crossing the Mara River. The camp overlooks the vast Serengeti plains, home to staggering amounts of wildlife. During the Migration season, millions of zebra and wildebeest arrive to share the fertile land with its permanent inhabitants.

Sayari Camp, which offers unobtrusive luxury whilst never severing the all important connection with the bush, is a magical camp right on the Mara River. Sayari Mara Camp has two camps, one with 9 tents and one with 6 tents. Both have separate mess and dining facilities so that you retain a sense of intimacy.

After game drives, you can take in the view over the Serengeti from the spectacular infinity pool or choose the privacy of your veranda, the warmth of the fire place, or the comfort of the atmospheric library, bar or lounge. There are spectacular views of the Serengeti in most directions. Food is a real highlight at Sayari Mara: a fusion of European cuisine with authentic African elements.

The location of Sayari Mara, in a remote and relatively unfrequented part of Serengeti National Park, is key to the experience, far from the madding crowds which traverse the central Serengeti. This is a wonderfully unspoilt area and a spectacular wildlife destination. The Tanzania side of the Mara River area boasts large concentrations of animals year-round, drawn by the permanent waters of the river. The limited traffic in the area permits great game viewing. In addition to game drives, you can also have short (1.5 - 2 hrs) walking safaris. Walking safaris are led by experienced walking guides. An armed ranger accompanies the walks. Full day walks can be booked upon request at an extra cost.

The migration usually roams around in the area from mid July to November, and at this time you could be lucky enough to see the famous Mara River crossings of wildebeest and zebra. (However this is by no means an easy feat as the wildebeest can stay on one side of the river for days before suddenly deciding to attempt a crossing.)

However outside the migration season, there is still plenty to see: the area hosts many resident big cats, elephants, resident zebra and wildebeest, herds of topi and lesser known animals such as the bat-eared fox. The river is the territory of hippo and crocodile year round. 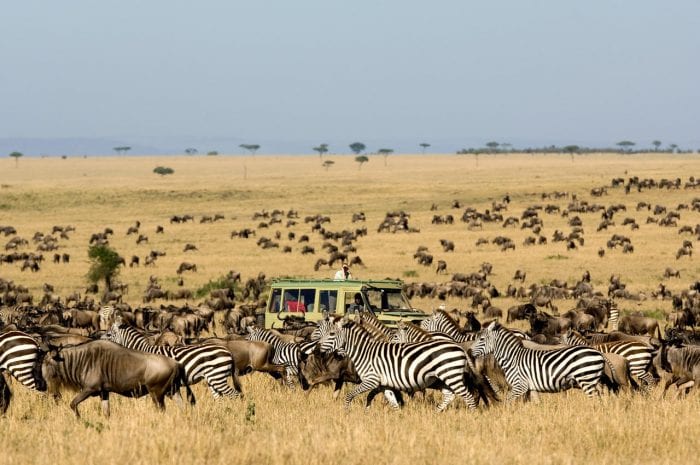 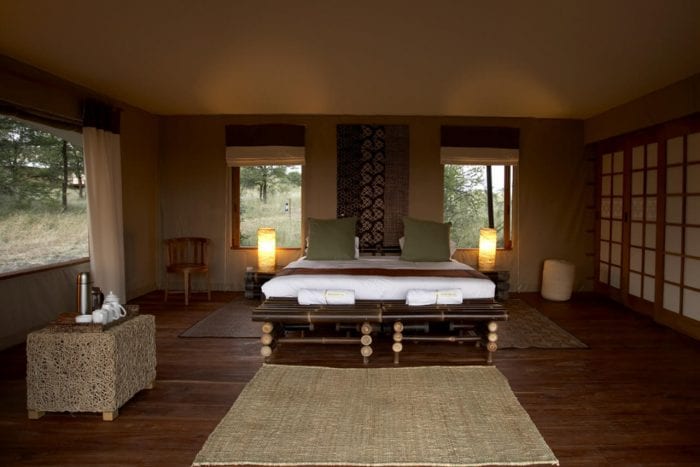 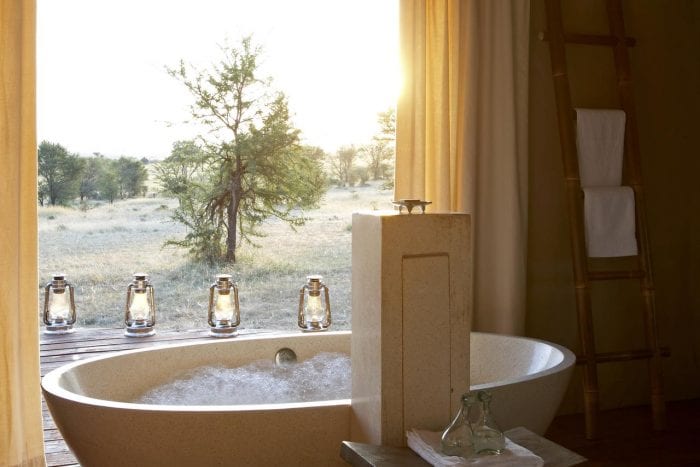 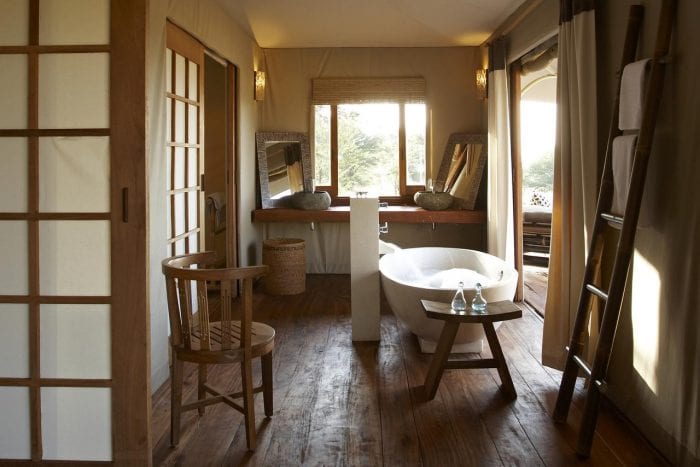 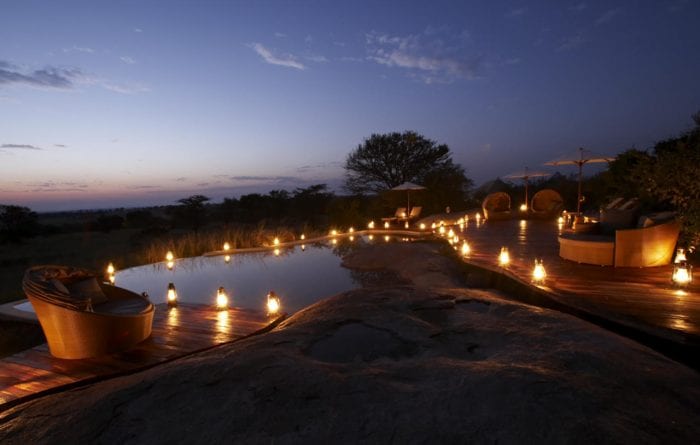 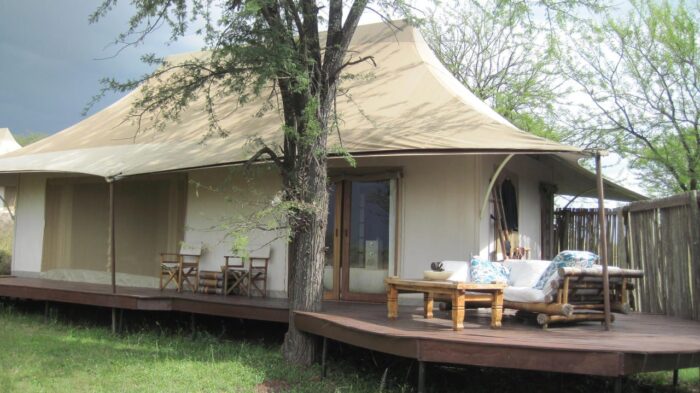 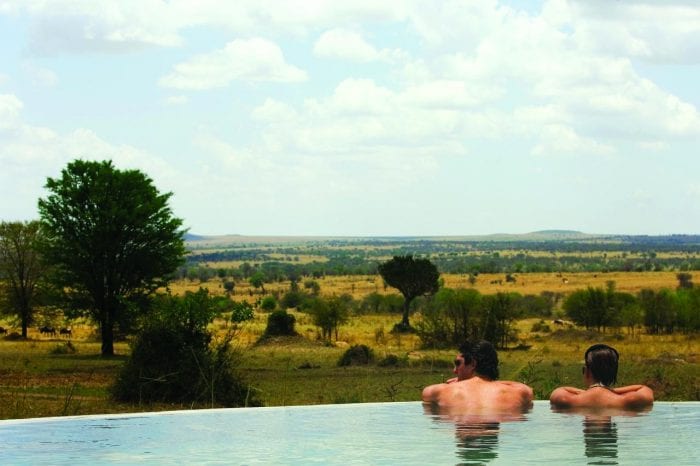 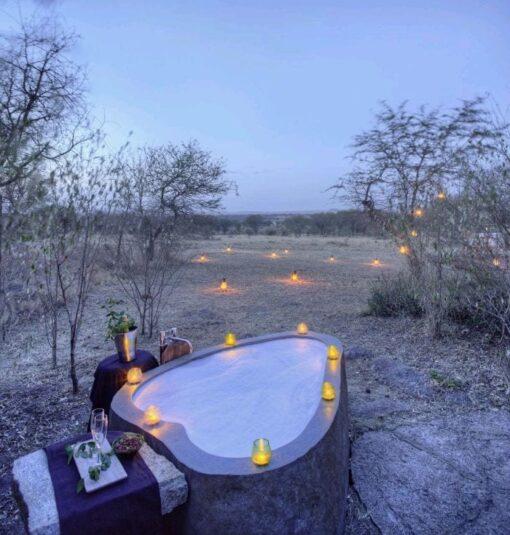 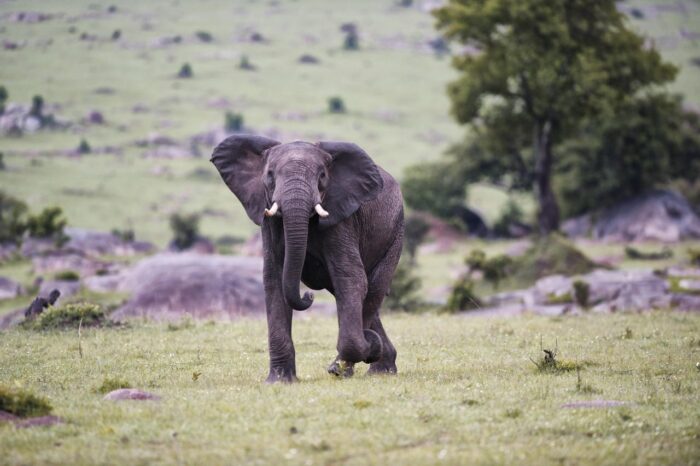 Sayari Camp on the map

Sayari Camp has 15 luxury tents raised on wooden platforms offering a spacious and extremely comfortable stay. The tents have the option of being twins and doubles; with two triples available on request. Each tent has a king sized bed, and en-suite bathroom including a flushing toilet (which is somewhat unusual for the smaller camps), indoor shower, outdoor shower, double stone hand basins, as well as a free standing bath. The tents offer panoramic views over the Serengeti through glass sliding doors and windows. Guests can enjoy the tranquility of the bush, overlooking the Serengeti while relaxing on their private veranda where a large sofa / day bed and table and chairs are placed. Sayari Camp also has a honeymoon tented suite which features a private outside bath overlooking the Serengeti plains. 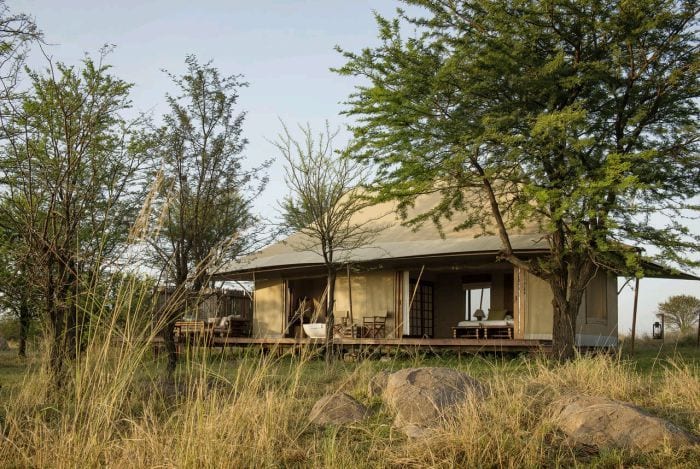 Mari’s review of Sayari Camp in the northern Serengeti

I loved Sayari Camp but it is expensive.  This award-winning Sayari Camp is set on the plains of the Northern Serengeti so Sayari gives you easy access to the Mara River. It is intimate and contemporary and it is regularly voted as one of the top safari escapes on the planet.

(I also had the best meal there for the entire trip.)

I would say any-one would love this camp. It has a prime location in  northern Serengeti, perfectly positioned for Mara River wildebeest migration crossings. It also offers walking safaris with expert professional guides for extraordinary wildlife encounters

There are 15 tented suites (including 1 honeymoon suite and great family tents where at least 3 children can sleep in a separate area with their own bathroom).  Each has an ensuite bathroom with hot running water, walk-in shower, bathtub and flushing toilet. But no outdoor showers which was surprising. The beautiful infinity swimming pool overlooks northern plains. 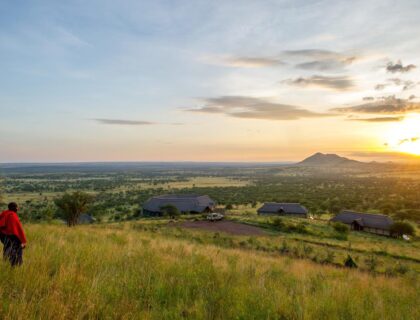 Kubu Kubu Tented Camp is a new camp in the central area of the Serengeti. It offers a modern African appearance, creating a fresh, sleek, yet comfortable ambiance. 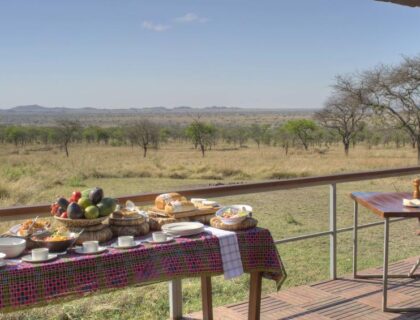 Dunia camp offers a tranquil and very private base from which to visit two of the Serengeti’s prime game viewing areas - the Central Serengeti valley and the Southern Serengeti plains. From its... 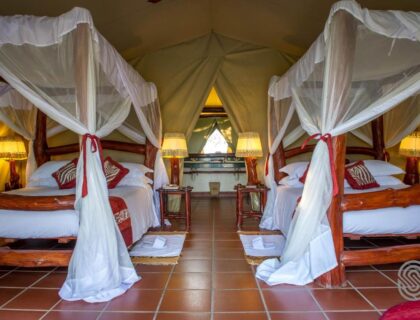 Mbuzi Mawe Serena Camp in the Serengeti National Park is well situated for you to see one of the greatest wildlife spectacles on earth - the migration.