Linkwasha Camp lies in Hwange's south-eastern corner in Zimbabwe, on a private concession. Situated on the same site as the old Linkwasha, the camp is close to the famed Ngamo Plains, which offer fantastic summer game viewing - to add to the already excellent winter viewing from the camp itself.  Linkwasha overlooks a pan that is a magnet for game, particularly in the dry season. This is a great option for your safari in Zimbabwe as the enviable location of Linkwasha Camp has excellent game-viewing all year round.

The fresh, open and airy design of Linkwasha Camp is complemented by an eclectic mix of contemporary interiors with the original spirit and essence of safari. The camp makes the most of its prime location by having its eight en-suite luxury tents and one family tent looking out over the waterhole. The main area - including various multi-level decks, a pool area and a winter lounge complete with library - has the same uninterrupted view.

The mix of terrain and landscape in Hwange means that game viewing is productive year-round. You will most likely see lion, large herds of elephant, buffalo, cheetah, leopard, spotted hyena, giraffe, sable, blue wildebeest, impala, waterbuck and reedbuck. In summer, wildebeest, zebra and eland are found in abundance on the open plains, while in winter elephant congregate in enormous numbers around the waterholes.

Hwange National Park is Zimbabwe's largest and most popular national park but as you'll be staying in a private concession, the sightings of the prolific wildlife are exclusive and private. Activities at Linkwasha Camp include game drives in open 4x4 vehicles and evening game drives  to see the nocturnal species such as lesser bushbaby, spotted hyaena, leopard, lion, Selous mongoose, pangolin, caracal, porcupine, scrub hare, springhare and even honey badger. Walking safaris are highly recommended. Hwange has served as a haven for one of the densest concentrations of game in Africa and there is no better way to experience this park than on foot with one of Linkwasha's experienced safari guides. You can also take part in an authentic village experience which usually lasts around four hours, including game drives to and from the village. The excursion often includes a guided tour of the school, meeting the headman or headwoman and enjoying cultural exchanges with the villagers. 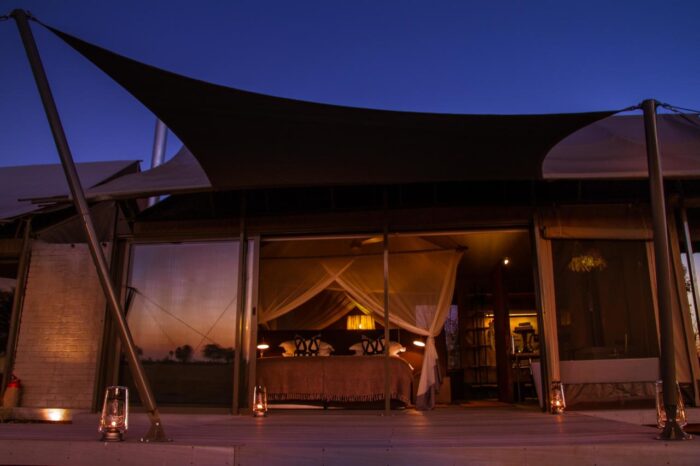 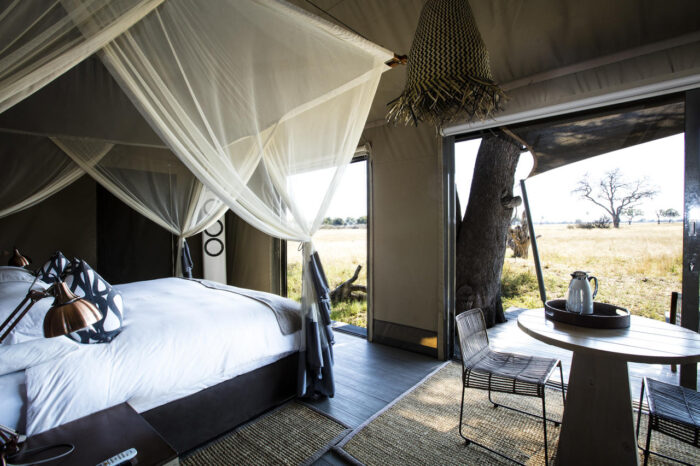 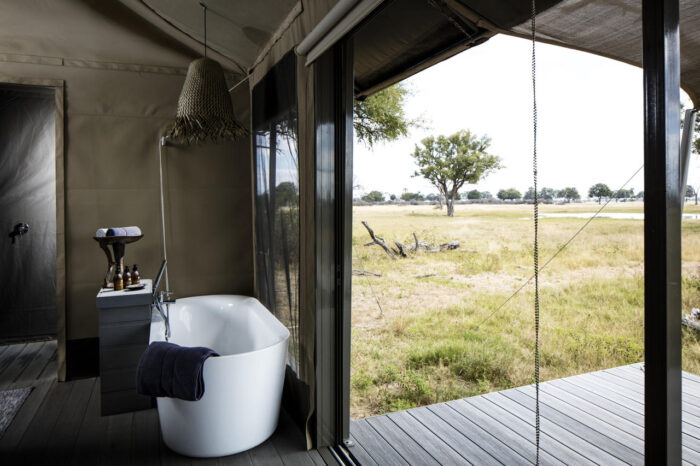 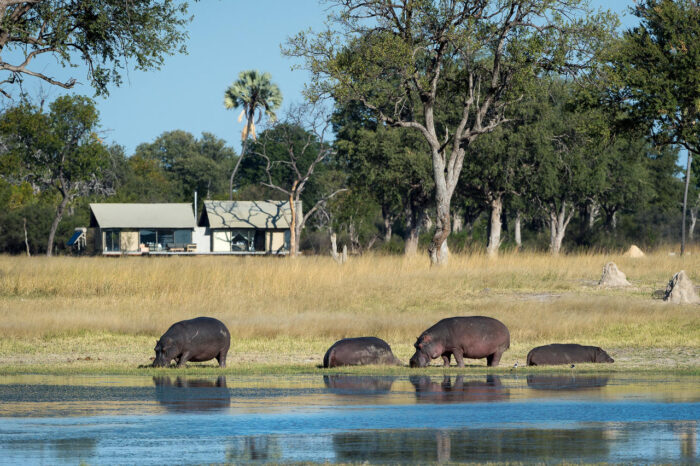 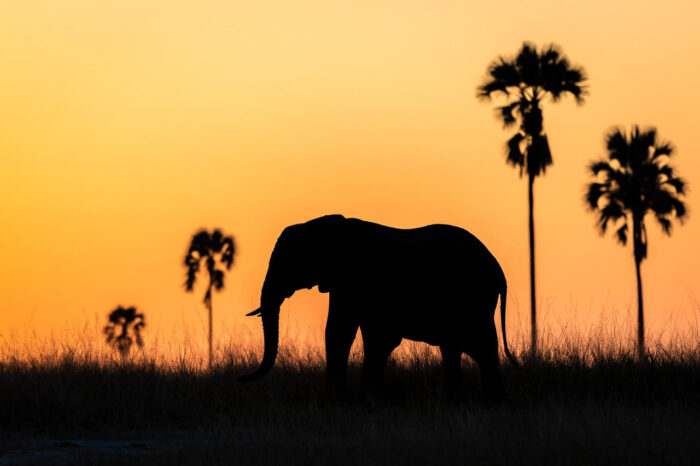 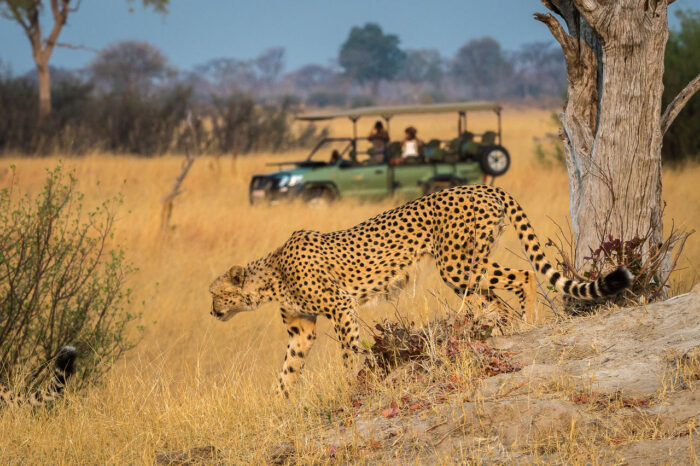 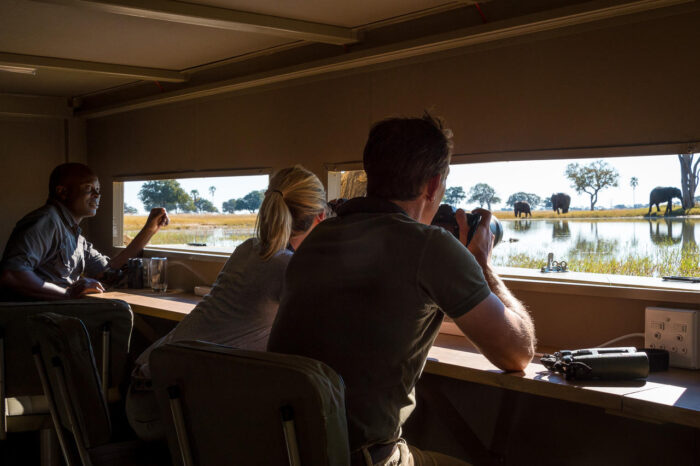 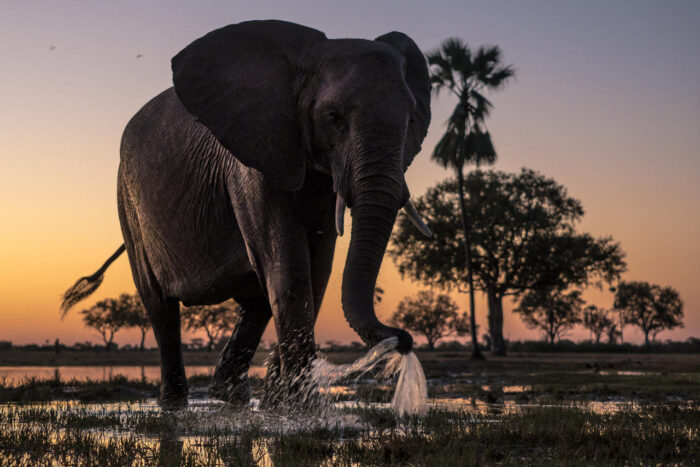 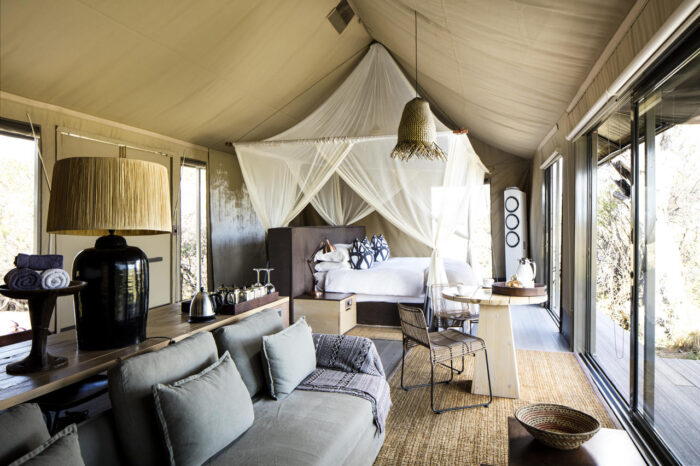 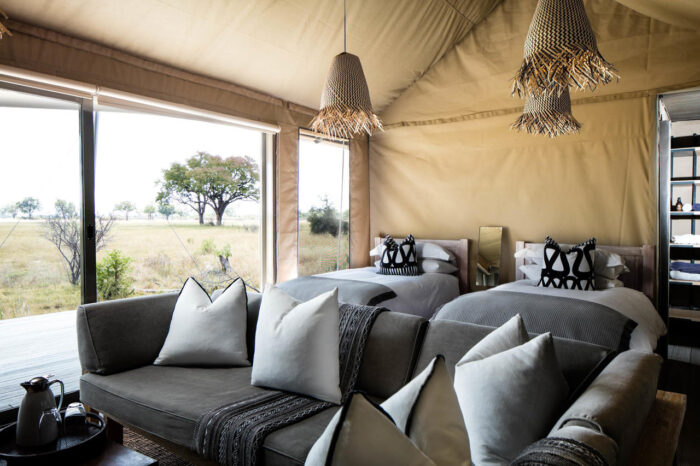 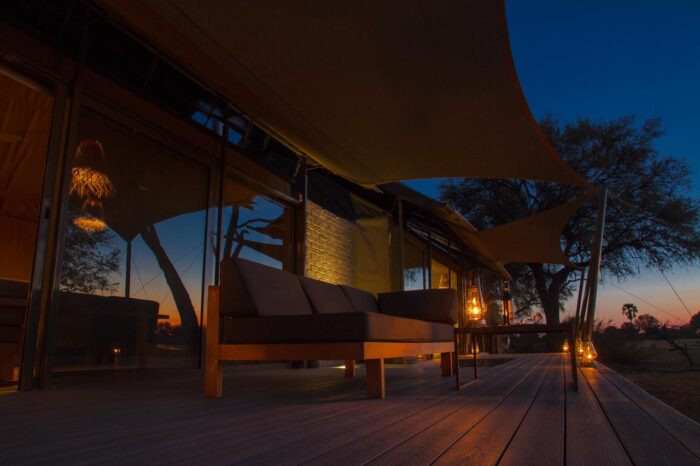 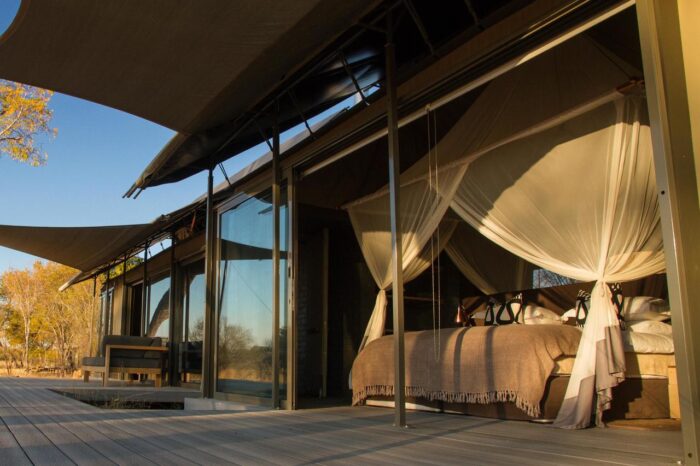 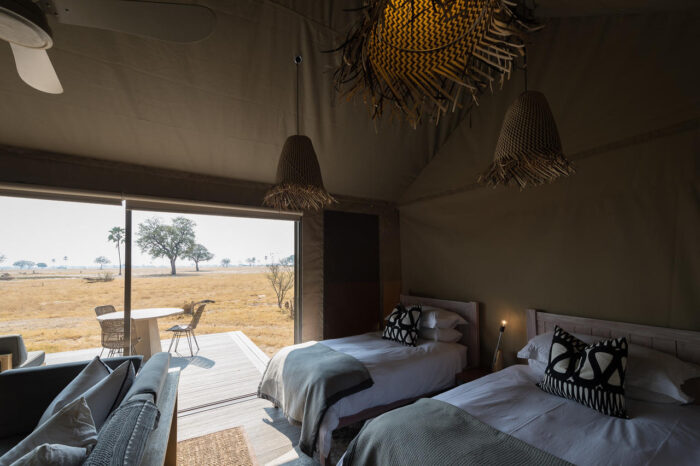 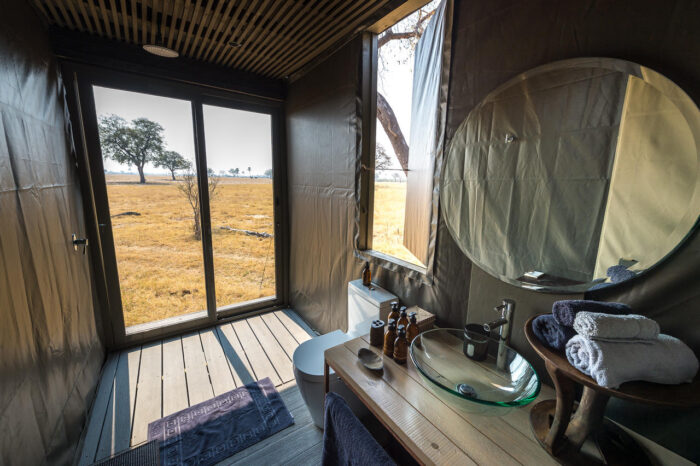 Linkwasha Camp on the map

Eight twin-bedded canvas tents each with two three quarter beds. Each tent comprises of en-suite facilities with double vanity basin, tea and coffee making facilities, and an electronic safe. An air-conditioning unit as well as additional ceiling and pedestal fans are provided in each of the rooms. 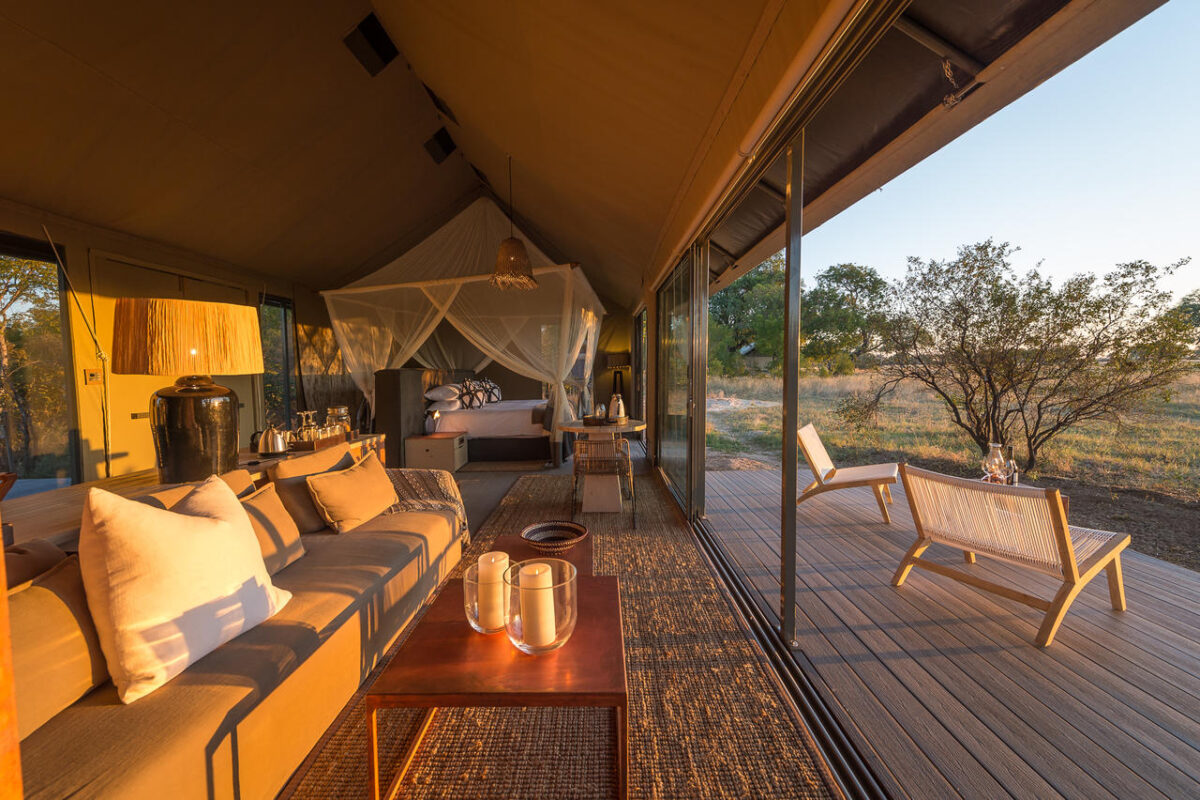 One family canvas unit consisting of two rooms (a main bedroom and a living room that can be converted into a second bedroom) each with their own bathroom. On request the main bedroom, with two three quarter beds (can be converted to a king-size bed on request) while the living room/2nd bedroom can accommodate two beds for children. The main bathroom has a shower and bathtub and the second bathroom has a shower and single vanity basin. 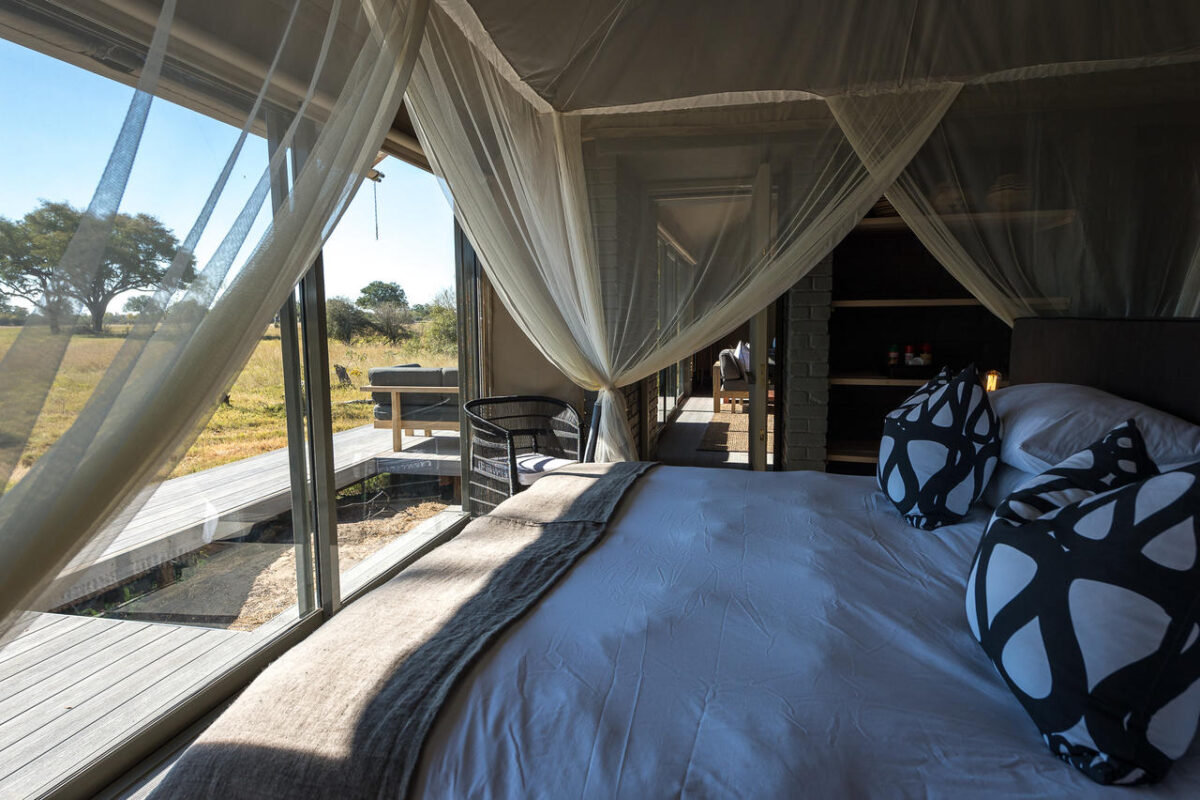 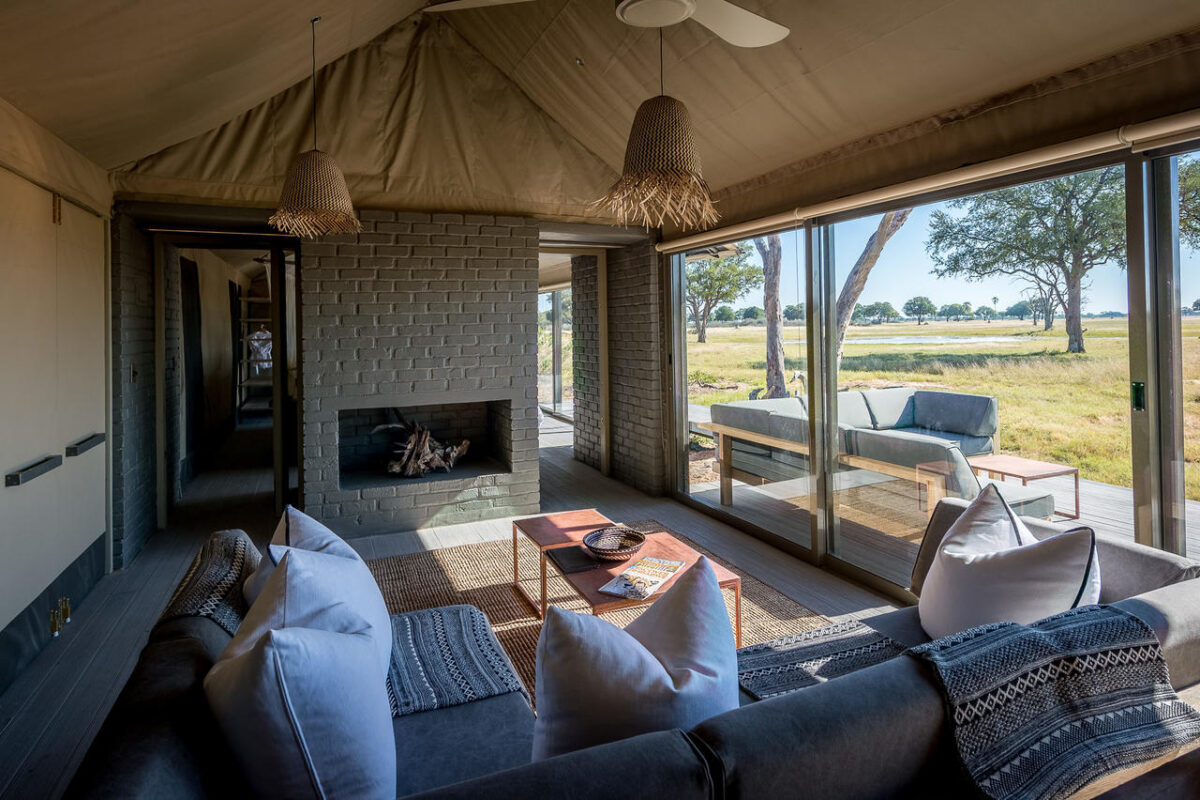 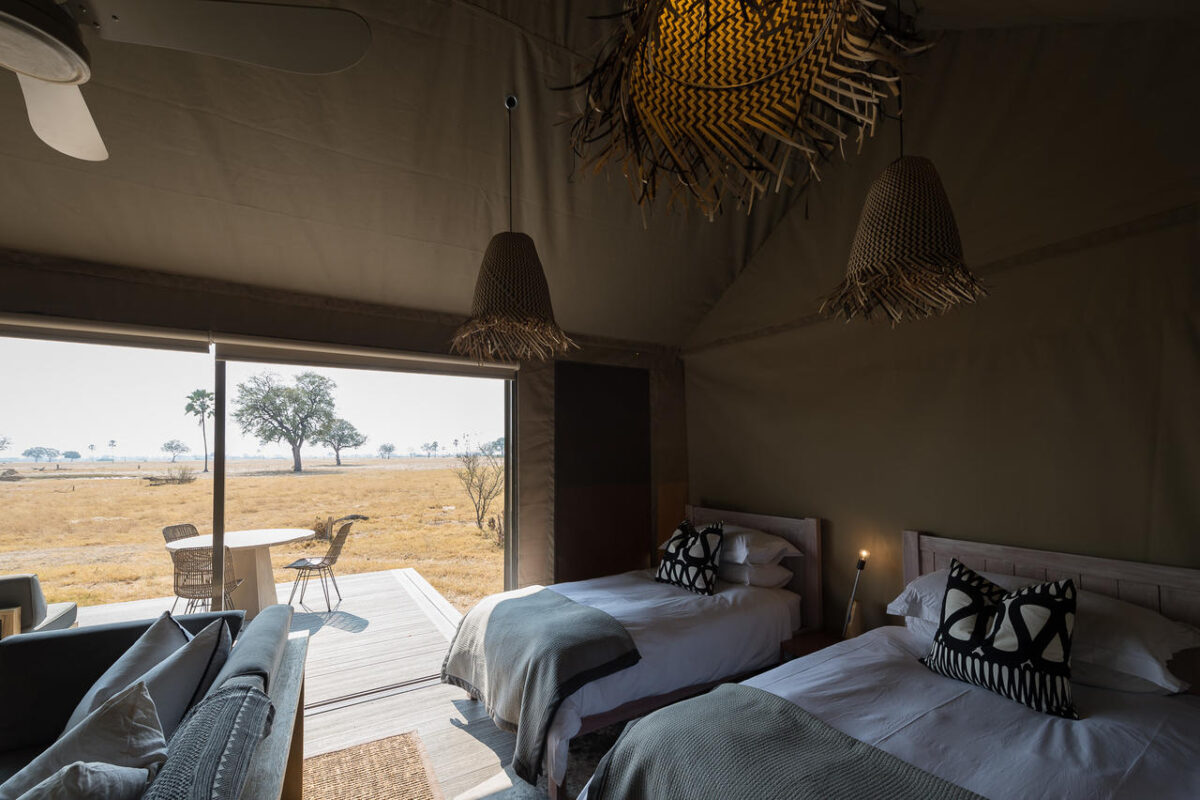 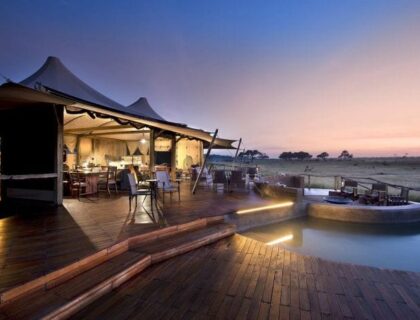 Somalisa Camp is set in the heart of Hwange National Park, and is known as the land of the giants for its big elephant herds. Nestled in a stunning location on the edge of an ancient seasonal... 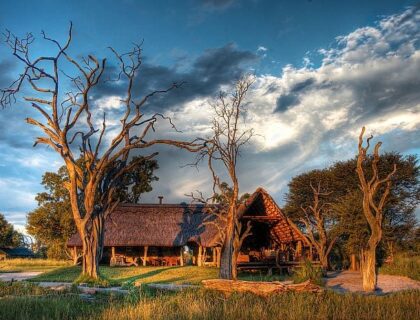 Bomani Tented Lodge lies on a private concession of the magnificent Ngamo plains on the edge of Hwange National Park. Bomani is known for its unique open scenery and the vast herds of elephant.... 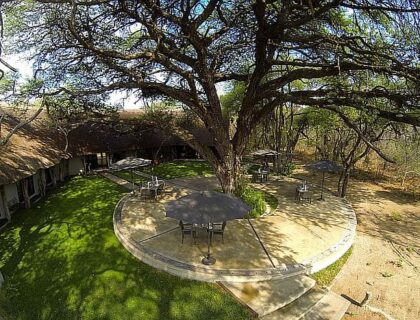 Camelthorn Lodge is nestled in the cool woodlands on the southern edge of Ngamo's famous plains in Hwange National Park. This luxurious lodge offers a spectacular and authentic wilderness...