The Saxon Hotel, Villas and Spa lies in the ultra-exclusive Sandhurst area of northern Johannesburg. It is a serious contender for the most magnificent hotel in South Africa. It is quite simply stunning - a statement of modern African elegance combined with deft attention to detail. It was originally a private residence that has been extended and transformed into possibly the only international boutique hotel with an ethnic African style.

Decorated by Stephen Faulke, the Saxon's style is subtle, cosmopolitan, refined and relaxing. Beautiful African works of art are scattered through the lounge, the smoking library, the cocktail bar and the dining rooms. The curio shop features works by up and coming young African craftspeople - no Zulu beer pots here! Spend time enjoying all the modern artworks including the pencil drawings of Nelson Mandela, (who stayed here for several weeks writing his memoirs after his release from prison in 1990). Swim in one of the two magnificent pools. Other facilities include an extensively equipped gym, spa, as well as a delightful gourmet restaurant.

The Luxury & Executive Rooms are extremely spacious (80sqm), decorated with a subtle African-Japanese style with copious use of light wood, natural light and elegant furnishings. Each has an iPod docking station, large screen satellite TV, Blu-ray DVD player together with surround-sound music system and digital movie library. Each has a business centre with complimentary use of a laptop and wireless internet access.

The one bedroom suites (200sqm) are in fact a suite of rooms with a hall, guest toilet, bedroom, large sitting room and dining room and fully equipped kitchen. The Executive suites can be inter-connected to an adjacent suite to make a two bedroom suite. The magnificent Nelson Mandela Presidential Suite was used by Nelson Mandela to edit his book "Long Walk to Freedom'.

The Saxon Villa comprises 7 executive luxury rooms which can be booked as an exclusive use villa if you prefer. Alternatively each executive room can be interleading with a second bedroom to make a two bedroom unit, ideal for families.

Spa at the Saxon Hotel

The award-winning Spa at The Saxon Hotel must be one of the best in South Africa, easily a place to spend several hours. The full range of soothing and indulgent treatments is on offer including some unusual signature treatments. There's a relaxation room, brine pool, sauna, steam and rasool chamber as well as an outdoor pool in a tranquil courtyard garden.

The hotel is set in six acres of lush tropical gardens with a huge pool making an architectural statement to the front, and a more approachable swimming pool set in Japanese style gardens behind the hotel.

The Saxon is a quiet retreat away from the bustle of Johannesburg and yet the shops, diamond merchants and art galleries are only five minutes away. Alternatively you can venture out of the city to see the delights of the Magaliesberg or Pretoria. 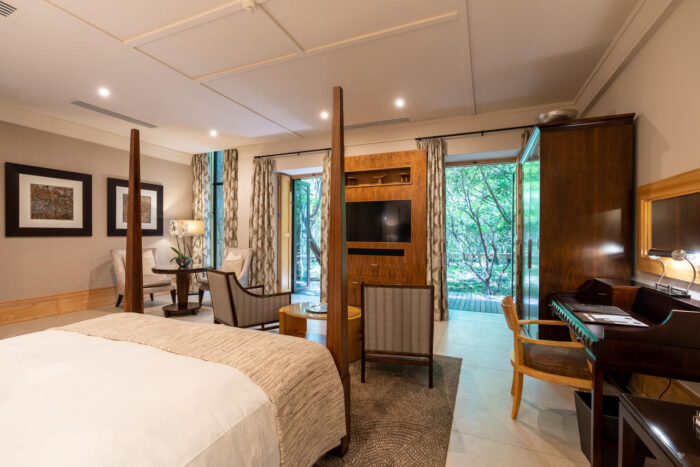 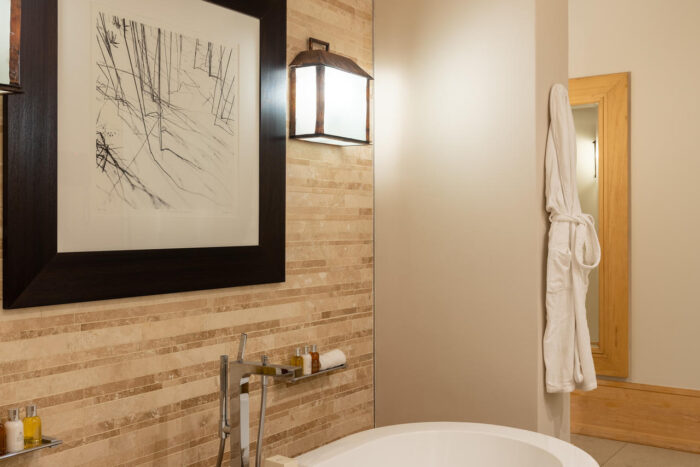 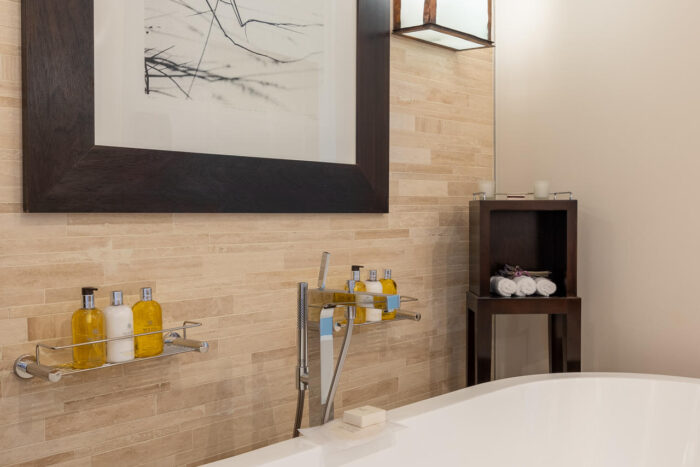 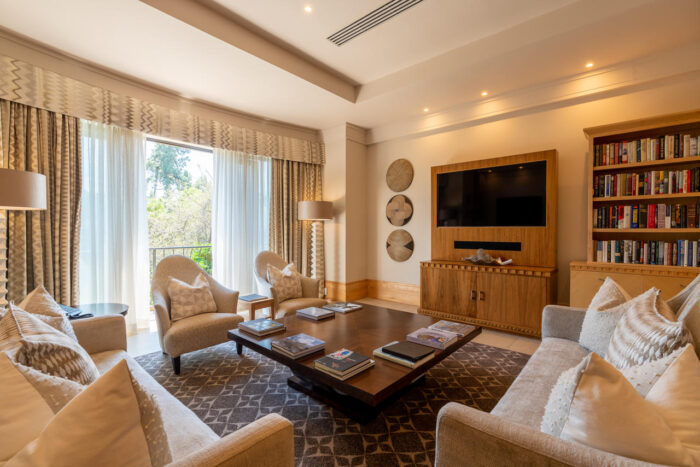 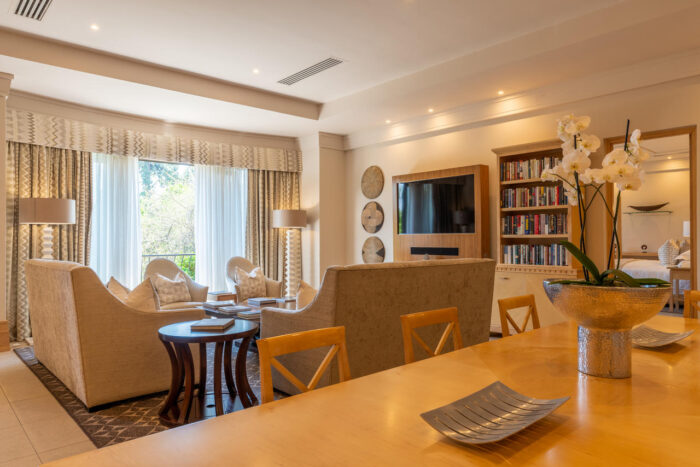 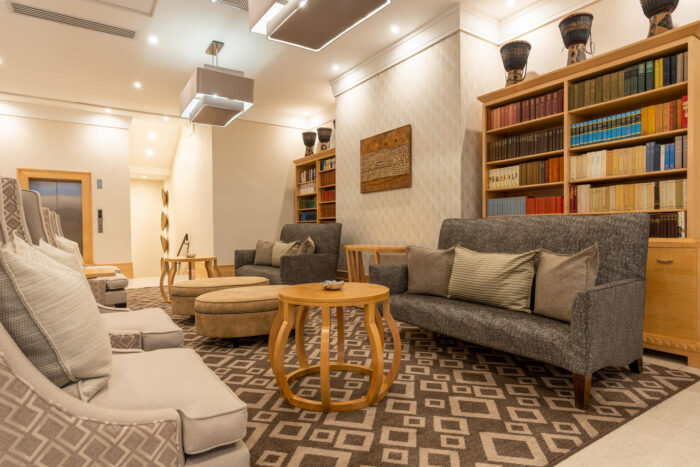 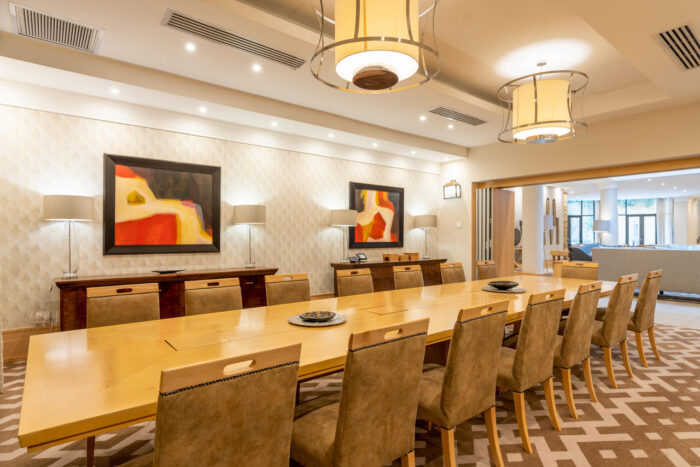 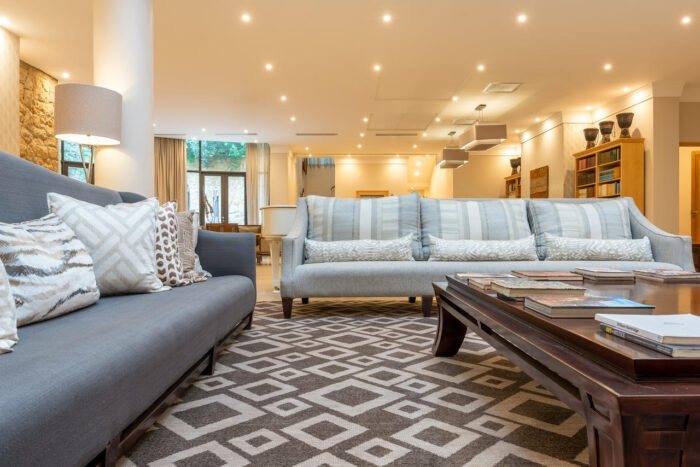 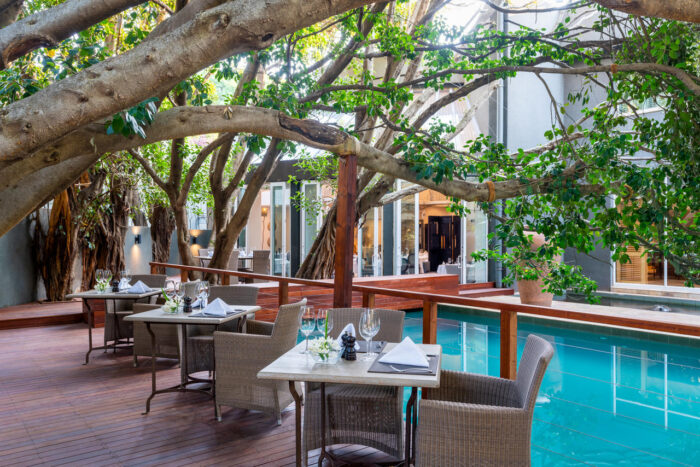 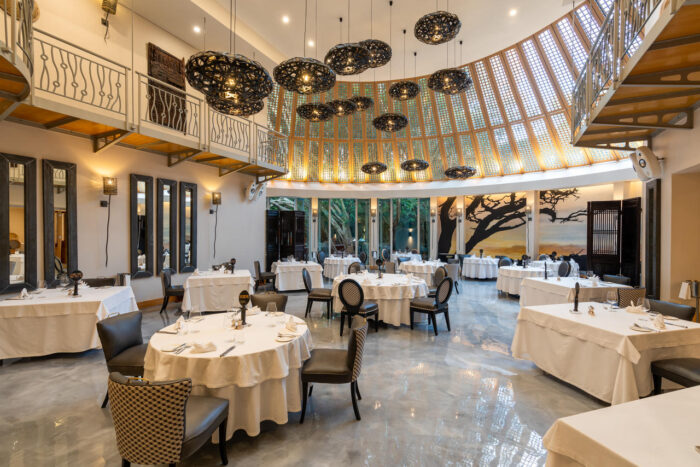 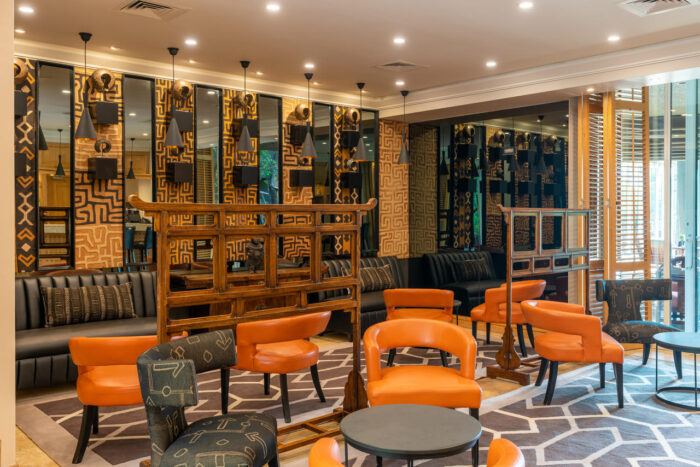 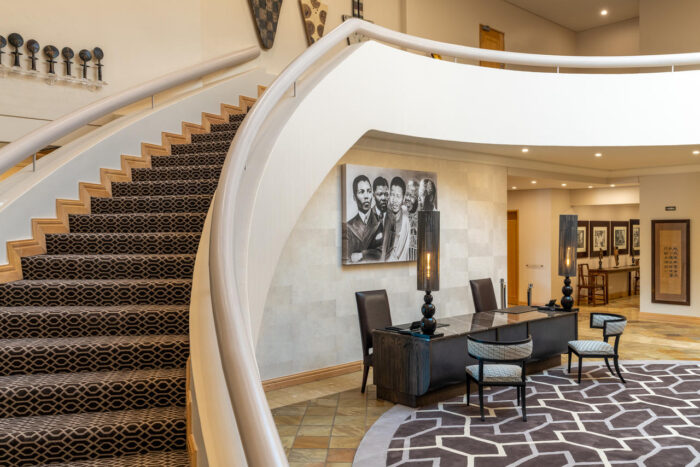 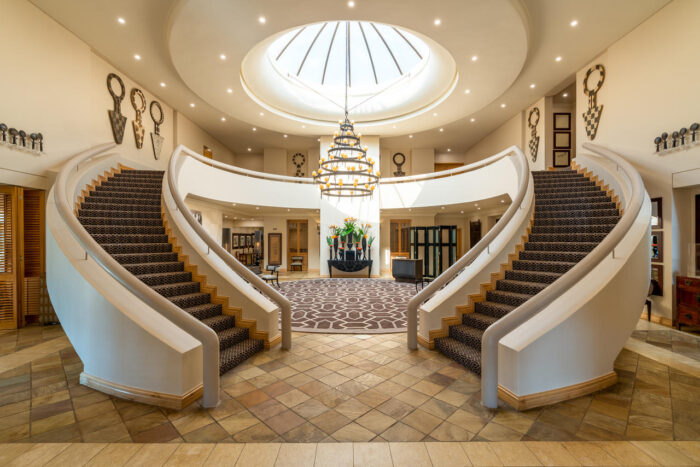 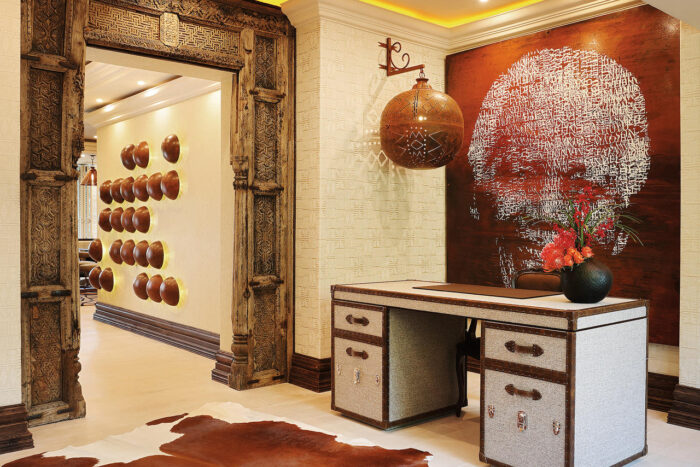 Saxon Hotel, Villas and Spa on the map 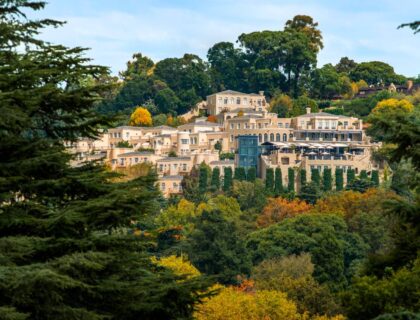 The Four Seasons Hotel is a stylish chic urban resort. Elevated on a hillside with panoramic views across the Johannesburg Zoo, the Hotel is conveniently close to business, culture, shopping and... 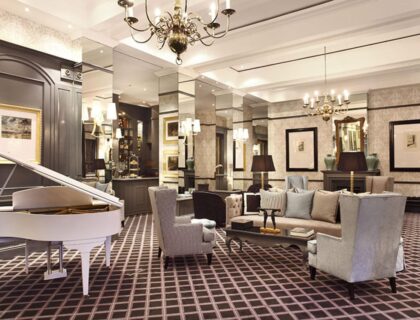 Discover a contemporary and fashionable haven on Bath Avenue right in the heart of Rosebank, Johannesburg’s trendy suburb. Classic and sophisticated, the accent is on understated elegance and... 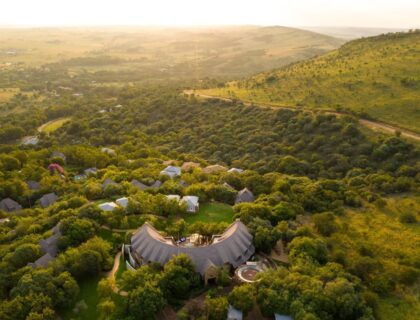 Mount Grace Country House & Spa is a gracious and friendly country house hotel, nestling in the Magaliesberg hills close to Johannesburg. A fusion of contemporary luxury and classic charm, the...